Who was Jesus? Why is there no historic archaeological evidence of his existence?

Who wrote the Gospels? Why were they written in Greek, rather than Hebrew or Aramaic?

How did the Christian religion come to be centered in Rome? Why were the first Christian pope and earliest saints all members of the Flavius Caesar ruling family?

This latest ground-breaking work in Christian scholarship reveals a new and revolutionary understanding of the origin of Christianity, explaining what is the New Testament, who is the real Jesus, and how Christ’s second coming already occurred. The book Caesar’s Messiah shows that Jesus was the invention of the Roman Imperial Court. Their purpose: to offer a vision of a “peaceful Messiah” who would serve as an alternative to the revolutionary leaders who were rocking first-century Israel and threatening Rome. This discovery is based on the parallels found between the Gospels and the works of the historian Josephus, which occur IN SEQUENCE.

Some readers will find this analysis disorienting. Joseph Atwill, author of Caesar’s Messiah, says, “My book is in no way a criticism of the faith of contemporary Christians. I felt required to present my findings because of the light they shed on the origin and purpose both of anti-Semitism and the way that governments use propaganda to control their subjects.” 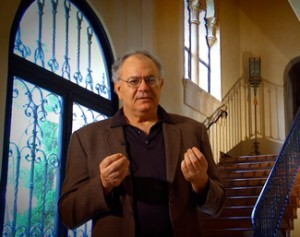 joseph atwill on jesus, may 13, 2013
https://soundcloud.com/oneradionetwork/051313_atwill_joseph_jesus_not

'Joseph Atwill – Caesar’s Messiah: Was Jesus the Invention of the Roman Imperial Court? – May 13, 2013' has no comments