THE MORNING SHOW with Patrick Timpone

Ancient cultures around the world spoke of a vast cycle of time with alternating dark and golden ages; Plato called it the Great Year. Most of us were taught there is no cycle and there was no higher age on earth. But recent archaeological and anthropological evidence suggests that long before the classical Dark Age mankind had knowledge of astronomy, mathematics, advanced engineering techniques and many other capabilities that don’t easily fit the linear paradigm. The myth and folklore from multiple yet unrelated cultures hint at a pre Babel consciousness that goes beyond the limits of the five senses, implying abilities that are the subject of much research today.

If there was such an historical time on earth and the cycle is real then it must have a natural cause akin to the powerful celestial motions that produce the diurnal cycle of day and night or the annual cycle of the seasons. This talk explores the possibility that the precession of the equinox (the movement of the stars across the sky – at about 50” per year), which so fascinated the ancients, has been misdiagnosed and may be the observable of our solar system in motion. Beyond producing changes in our ionosphere, magnetosphere, and the ebb and flow of the ice ages, it might also be the indirect mechanism resulting in the waxing and waning of consciousness implied in the writings of great men from Hesiod to Newton. 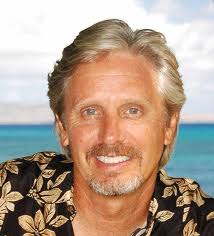 Walter Cruttenden is the Director of the Binary Research Institute in Newport Beach, California, author of Lost Star of Myth and Time, and writer producer of the award winning documentary film, The Great Year, as well as many articles and papers on the subject of solar system motion and its influence on history and consciousness. Walter is the host of a regular podcast series, The Cosmic Influence, and organizer of the annual Conference on Precession and Ancient Knowledge (CPAK), which features authors and scientists from around the world addressing the topic of ancient knowledge. www.cpakonline.com In his early career, Cruttenden founded and served as CEO of two well known investment banking and brokerage firms; Cruttenden Roth (now Roth Capital, one of the largest providers of equity capital to emerging growth companies in the world), and E*Offering, formerly part of E*Trade Securities, both of which specialized in the research and funding of new growth companies, mostly in the technology and biotech industries. Cruttenden has appeared several times on The History Channel, PBS and many news programs, and has been a repeat guest on syndicated radio shows, especially in the alternative science field, such as Coast to Coast, with George Noory.

'Walter Cruttenden – The Cosmic Influence: A Framework for Epochal Changes in Consciousness – July 30, 2012' has no comments