-The latest update on battery technology

-Why is the dollar so strong now?

-Plenty of Hope, but no Change: Andrew talks the work of the Obama administration

-What are stock splits?

-Have you noticed people paying for their morning coffee with their phones?; moving toward a cashless society

-How small businessmen are being crushed out of business; moving toward communism

-Why doesn’t the government want you to understand that there is a big difference between a paper dollar and a silver dollar? Andy tells us why!

–Question from listener:Contrary to what Andy said this week, Putin has stated he wants to sell oil for rubles.
http://www.infowars.com/putin-says-the-petrodollar-must-die-the-dollar-monopoly-in-energy-trade-is-damaging-russias-economy/
He seems to be thrashing against the barriers erected by “the boys.” Almost like he is frustrated with a slowly growing awareness of just how powerful Dollar Inc. really is.
Please ask Andy to comment on this further because there is no immediate response from ”the boys” as Andy suggested; such as Russia being prevented by the western banks or the SWIFT system from transacting commerce in dollars. It may be forthcoming but it is not immediate.

-Does Andrew consider US Silver Eagle coins as bullion?

-How is ISIS making 2 million dollars a day with their endeavors.

-The new plan by The Boys – just give the people money

-The Brenton Woods meeting going on today – the details

-Why gold and silver got hammered yesterday

-The wife of George Gordon called in LIVE during the show to let us know he has passed away. She will continue the teachings of George Gordon’s School of Common Law http://www.georgegordon.org/index.html

–Questions from a listener:

2. I just read an article out of Bloomberg that states that universities in North Dakota are crumbling despite the state’s huge profits from oil. Is this the future of America? Why don’t politicians and business leaders have the guts and patriotism to invest in their own country?

-Paying off your mortgage is not a good idea. Andy explains why

-The tragedy of student loans

-Good information during the show on buying numismatic coins

andy gause and the real world of money, september 3,2014, hour one

'Andrew Gause and The Real World of Money – More Hope Than Change; A Move Toward Communism; the Fed’s Management of Commodity Prices – September 3, 2014' have 2 comments 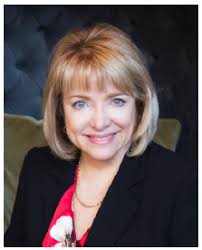