-In musical chairs when the music stops everyone grabs a char. The financial music is slowing, do you have a chair? 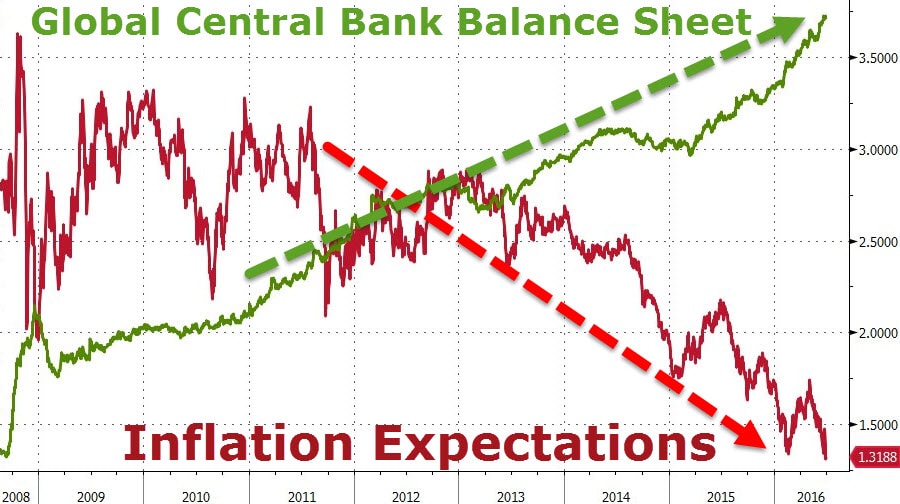 -Comment from a listener:I’m a supply chain major at CSU, so in many ways I’m learning the fine art of outsourcing our jobs to places like Mexico, India, China etc. But I’m also learning that these practices are essential in keeping a company competitive in today’s world, because of cumbersome stateside regulations and lack thereof in foreign countries. I am a strong Trump supporter and listening to many guest speakers from many top companies it is clear to me that they would prefer to source locally, as it cuts down on a lot of difficult problems. Problems like having accurate forecasting of demand with lead times of sometimes months for over seas transport. The immense beurocratic costs of importing which only seems to support the bureaucratic system. Etc etc.
At any rate it has become clear to me that the world is NOT flat in the sense that economic equality is coming to the world. Much like the finance people profit from volatility. The globalists profit from the inequality of nations. Its in their interest to keep planned economy (communist) countries in poverty.
So getting off my soap box now, I’d like to hear Andrew’s comments on this and perhaps his take on the south China sea. As in my view, we are only moving our fleet over there to support China’s claims. Not the other way around.
Love the show, and as a side note. I asked my capstone class if anyone had ever asked themselves why we as a nation need to borrow money to create it. Nobody had.

Question from a listener:What is the purpose of buying gold or silver bars and/or coins? If the boys., White dragons, Secret Society folks don’t wish for the average person to live on their street and/or vacation at their favorite island….Why would they allow the sale of gold and silver to the common man? They don’t want us to be on the same playing field…Wouldn’t the purchase of such assets make us somewhat equal if not a card carrying member?

-Protecting your estate through trust funds

-The benefits of creating a foundation

-Question from a listener: Ihave a few 1921 high relief peace dollars, what is Andy’s opinion on these and adding more to my pile?

-Andrew defends his position on the separation of church and state

What a Trump Presidency Would Look Like: Nominee Talks with Pat Robertson.You may not like Trump or agree with him, but this interview shows character and depth

'Andrew Gause and The Real World of Money – We Need to Be Rapping to A Theme That Sounds Like Hope – July 13, 2016' have 3 comments