Man has landed on the Moon! We have seen it on TV, looked at the pictures, listened to the interviews and read the books. So, how can it not be true?

We all want it to be true. It is said to be the greatest scientific achievement of the past 100 years. It has been voted top TV moment of the 20th century; It would be if it had all happened the way we have been shown. But did it? Or has NASA yet again lived up to its other name – Never A Straight Answer?

The Apollo Moon Landings took place 43 years ago. The world has moved on to other matters, and the emotion of the event has dimmed. Now it can be examined in detail. There are many anomalies in the photographs and the films. There are many unanswered questions as to how men could survive the very real dangers of the vacuum of space.

* How were the acknowledged dangers of radiation in space overcome, when no protection was built in to the Apollo space craft, the spacesuits or the Hasselblad cameras used on the Moon?

* The Lunar Landers sat on the Moon’s surface for up to 72 hours, in direct sunlight, the temperature of which, on the Moon, is higher than the boiling point of water (100degC/212degF). How did the astronauts keep cool?

* How were such great photographs taken on the Lunar surface? The astronauts used cameras which had no viewfinder, no exposure meter, no means of knowing if a picture had been taken, manual control of focussing, aperture setting and shutter speed dials. They were operating the Hasselblad cameras while wearing spacesuits, with what were, in effect, heavy duty gardening gloves on their hands. Under such severe restrictions how did they still produce such professional results?

NASA is the only source for all the evidence of man’s landing on the Moon. Much of it is so questionable I contend that it could not have happened the way we have been led to believe it did: At worst the whole Apollo mission could have been fabricated, at best we have been seriously misled as to man’s ability to survive more than a few hundred miles above earth’s surface. Could this be the reason there are now no plans to return any astronauts to the Moon?

Visit The Aulis Investigation Into Apollo 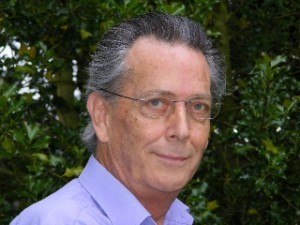 Marcus Allen is the UK publisher of Nexus Magazine, which he and his wife introduced to the UK in 1994. Nexus is the world’s leading alternative news magazine, originating from Australia and sold in over 100 countries.

He is now able to persue his life long interest in The Unexplained, on a full time basis. The Moon Landings are just one of the many ‘taboo’ subjects he has investigated, around which new questions arise that have yet to be adequately answered.

Marcus has appeared on several TV programmes to discuss the Apollo Moon Landing controversy: BBC – The One Show and The Clarkson Show; Channel 4 – The Big Breakfast; Channel 5; Sky News; Sci Fi and Discovery Channels; Edge Media, as well as numerous national and local radio shows in Britain, and in the USA, on Coast to Coast AM. He has also given many public presentations throughout Britain and Europe.