We are delighted to finally bring you a show with one of the most powerful and interesting voices in Health, Food and Freedom. Mike Adams is not only the editor of Natural News, bringing to us sides of stories you won’t hear anywhere else, he is a singer, songwriter, conceptual artist, short film maker, farmer and a fantastically entertaining writer. Mike is fearless about uncovering truth and by giving the facts,and empowering and encouraging people to think for themselves. In short, we like him.

You’ll enjoy this very candid interview as Mike shares his background and ideas. He explains why Natural News, which once focused on health, has had to move into sharing stories which deal with issues of freedom. As he says, “You can’t talk about health without talking about the government”. Mike maintains that he is optimistic about the future, but for the near future he says, “we’re headed for a total police state takeover and collapse”. 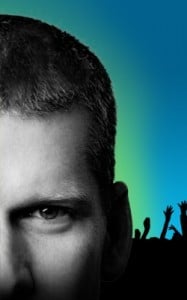 'Mike Adams – The Health Ranger and Editor of Natural News – The Politics of Health and Food Freedom – March 19, 2012' has no comments