Not very. You are four times more likely to be killed by a lightning bolt than by a terror attack. 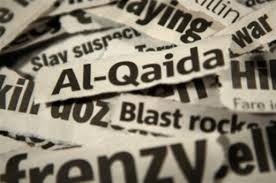 How many Americans have been killed in terrorist attacks inside the United States since the September 11, 2001, atrocities? Arguably 16. Egyptian Hesham Mohamed Hadayetkilled two Israelisat the El Al ticket counter at the Los Angeles airport on July 4, 2002. On June 1, 2009, Abdulhakim Muhammedkilled one soldierat a recruiting center in Little Rock, Arkansas, and Army psychiatrist Maj. Nidal Hasankilled 13 soldiersduring a shooting rampage in at Fort Hood, Texas in November 2009.

Checking theGlobal Terrorism Database, one finds that an additional 14 Americans were killed in broadly defined domestic terrorism incidents since September 2001. Five died from anthrax attacks (2001); two died in an attack on a Knoxville church (2008); two are suspected to have been killed by members of the Minutemen American Defense group in Arizona (2009); an abortion provider was killed in Wichita, Kansas (2009); a guard was stabbed to death at the Holocaust Museum in Washington, D.C., (2009); two died in Austin when a man crashed his light plane into a government building over a dispute with the IRS (2009); and a neo-Malthusian terrorist was shot by police during a hostage incident at the Discovery Channel in Silver Spring, Maryland (2009). That adds up to a grand total of 30 Americans killed in terrorist incidents inside the United States in the last 10 years.

In addition, theNational Counterterrorism Centerhas been compiling worldwide deaths of private U.S. citizens due to terrorism since 2005. Terrorism is defined as “premeditated, politically motivated violence, perpetrated against noncombatant targets by subnational groups or clandestine agents.”

In 2010 (the latest report), 15 Americans were killed in terrorist attacks; nine died in 2009; 33 in 2008; 17 in 2007; 28 in 2006; and 56 in 2005. The vast majority of private U.S. citizens killed in terrorist attacks died in the war zone countries of Iraq and Afghanistan. So the sad tally of Americans killed by terrorists around the world since 2005 comes to a total of 158, yielding an annual rate 16 Americans killed by terrorists outside of the borders of the United States.

Taking these figures into account, a rough calculation suggests that in the last five years, your chances of being killed by a terrorist are about one in 20 million. Thiscompares annual risk of dyingin a car accident of 1 in 19,000; drowning in a bathtub at 1 in 800,000; dying in a building fire at 1 in 99,000; or being struck by lightning at 1 in 5,500,000. In other words, in the last five years you were four times more likely to be struck by lightning than killed by a terrorist.

The National Consortium for the Study of Terrorism and Responses to Terrorism (START) has just published,Background Report: 9/11, Ten Years Later[PDF]. The report notes, excluding the 9/11 atrocities, that fewer than 500 people died in the U.S. from terrorist attacks between 1970 and 2010. The report adds, “From 1991-2000, the United States averaged 41.3 terrorist attacks per year. After 2001, the average number of U.S. attacks decreased to 16 per year from 2002-2010.”

Of course, the police and politicians will cite the lack of deaths from terrorism as evidence that their protective measures are working. Earlier this year, the conservative Heritage Foundation compiled a list of39 terror plotsthat had been foiled since September 2001. Going through the list, about 23 of the plots might plausibly have resulted in terror attacks of one sort or another. Several were aimed at subways, military bases, and shopping malls. To get a feel for the number of people that might be killed in typical terrorist attacks, consider that four subway bombs killed 52 people in London in 2005; the deadliest attack on a military base killed 13; and blowing up the Alfred P. Murrah Federal Building in Oklahoma City, Oklahoma, killed 187 people in 1995.

Making the hugeassumption that all 23 plausible plots would have succeeded in killing an average of 100 Americans each, that means that 2,300 would have died in the last 10 years, or about 230 per year. (This implies a rate that is 10 times higher than the rate between 1970 and 2010, excluding the 9/11 attacks, by the way.) Even at this higher rate, your chances of dying in a terrorist attack would be about 1 in 1.7 million.

Ohio State University political scientist John Mueller and Mark Stewart, an engineering professor at University of Newcastle in Australia recently estimated that the U.S. hasspent $1 trillionon anti-terrorism security measures since 2001 (this figure does not include the costs of the wars in Iraq and Afghanistan). Assuming that 2,300 Americans might have been killed by terrorists inside the United States, this implies a cost of more that $400 million dollars per life saved. Typically when evaluating the costs of protective regulations, federal government agencies set the value of a life at about$9 million.

However, terrorism is especially frightening (that’s why they call it “terrorism”), so the average citizen might want to spend double the usual amount to prevent a death. But still suggests that on a reasonable benefit-cost basis public and private spending is 20 times too much to prevent deaths from terrorist attacks. Now let’s retrospectively add the tragic 3,000 deaths from the 9/11 attacks to take into account the remote possibility that terrorists might be able to pull off another similarly spectacular assault; that still means that nearly $200 million is being spent per plausible life saved.

A good bit of the trillion dollars has supported measures that threaten our liberties by beefing up the national security state. Since 2001, we all get to enjoyairport security theater; we must carry proper “papers” in order to gain admission to federal buildings; and federal minions have felt free towiretapwithout warrants.

On this 10th anniversary, we will certainly remember those who died so tragically. But we should also recognize that terrorism is a hollow threat to which we should not surrender one iota of our liberties.

'How Scared of Terrorism Should You Be?' has no comments