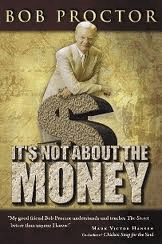 Frequently people will tell me that they want to make money. However, I know it is not money they are really after. It is the things that money can buy and the freedom of time to do what they really want. While you may think this is an insignificant difference, it is actually the reason so many people never become wealthy.

Most of us were taught throughout our childhood that the whole point of making money is to sock it away and build our own ‘nest egg’. We think of this as a type of insurance against bad fortune, accidents or old age when we can no longer work. The wealthy know that money only works when it is in motion – not when it’s sitting in a bank account. You must understand that wealth is an ongoing journey of growth and circulation and if that circulation is stopped, then the flow of money will cease.

While it may seem that there are many roadblocks on your journey to wealth, the only real obstacle is what you believe, think, and feel about money. Most of us were raised with the cliché “Seeing is Believing” which is a skeptical and negative view of life. Still, we hear it our whole lives until it becomes a part of our thought process without our even realizing it. Wealthy people understand that this cliché is exactly backward – you must believe in what you can achieve before you will see it happen in your life. They know that “Believing is Seeing.” The only thing that separates a millionaire from you right now is a wealthy mindset, and the foundation of that mindset is belief.

Does this mean that the wealthy have some special skill or knowledge? No. But they do possess some key characteristics that help them become wealthy.

The first of these characteristics is a willingness to listen to their own hearts. If you could become wealthy by listening to the masses, then the masses would be wealthy, and they are not. It is a natural tendency to ask the opinions of those we love or respect. Unfortunately, we listen to their comments and biases, not taking into account the results in their own lives. We make a decision to listen based on our emotional attachment rather than by looking at what they have achieved. How can anyone who has not accumulated wealth advise you on how to do it? They can’t.

A second characteristic of the wealthy is the ability to act when opportunities present themselves. Opportunity is often imagined to be something that you can’t miss or pass up. However, I know from personal experience that opportunity is often only a whisper that comes during some of the most trying times of life. If you read the life stories of very wealthy and successful people, you will frequently find they were fired from jobs, kicked out of school or dealt with significant personal tragedies that other people would view as devastating. Instead, they viewed the challenges as opportunities and prospered.

The wealthy also understand that wealth is an ongoing process. It is not a destination at which you simply arrive one day. It is also rarely accomplished overnight – although it can occur in a short period of time. However, if you gain wealth before you have gained a wealthy mindset, then you are in danger of losing that wealth forever. We have all heard of those who win the lottery only to be near penniless a few years later. Since they were never taught to think wealthy, they have very little chance of achieving wealth that lasts and ultimately they lose what money they have.

Those with a wealthy mindset do what they love – and make money at it. Often I see individuals who are seeking wealth like it’s something outside for which they have to search. In reality, wealth exists within you. You have activities and hobbies that you love and you can make these into your business if you choose. Those who are successful and create a great deal of wealth do so because they are doing something they love. The money follows and is just a logical result of them realizing their dream. Money is not the dream.

Whether you grow up in the worst circumstance or have every advantage, you have the exact same potential inside of you to create the life you want. No matter how many times you read or hear someone talk about how to become wealthy, your life will never change until you believe that it can. Believing is Seeing.

Bob Proctor is widely regarded as one of the living masters and teachers of The Law of Attraction. Featured in the blockbuster hit, The Secret, Proctor has worked in the area of mind potential for over 40 years, is the best-selling author of You Were Born Rich, and has transformed the lives of millions through his books, seminars, courses and personal coaching.

About the Author
Bob Proctor is widely regarded as one of the living masters and teachers of The Law of Attraction. Featured in the blockbuster hit, The Secret, Proctor has worked in the area of mind potential for over 40 years, is the best-selling author of You Were Born Rich, and has transformed the lives of millions through his books, seminars, courses and personal coaching.

'Wealth: It’s Not About the Money' has no comments

Vaccines vs. BigTobacco – a Commonality