The Monetary System of Today: How We Got Where We Are

Currency historian and nationally recognized expert on the United States monetary system, Andrew Gause, is a weekly Wednesday morning feature on One Radio Network. Here’s a blow by blow summary of the monetary system and includes:

· Why the U.S. is under emergency powers today

· The U.S. is in technical bankruptcy

· From gold to debt

· How we lost Common Law

· The United Nations role in this affair

· Creation of the IRS and taxes 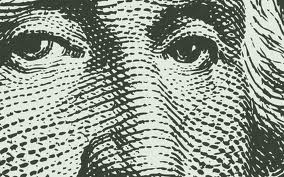 Another Senate Report, entitled “Interlocking Directorships among the Major United States Corporations,” a staff study of the Senate Committee on Governmental Affairs, June 15, 1978, describes in detail how the Federal Reserve System controls corporate America though a series of interlocking directorships and family intermarriage. This control extends into all aspects of American life, and includes the majority of all United States foundations, major media organizations, and other important elements which provide social, legal and cultural direction for the public.

The Constitution established two different National Governments. One had to respect the Constitution in its dealings with the states and citizens. The other had exclusive powers in the District of Columbia and other federal enclaves, and power over Admiralty Law or the law of the seas surrounding the United States. Only people within the Jurisdiction of this second United States, the corporate body of The Government Of The United States, had to obey its laws. From this agency stems OSHA, EPA, FDA, FTC, FCC and all the other alphabet agencies we have grown accustomed to.

The establishment of federal programs such as Social Security, Unemployment and Welfare, etc., caused the sovereign Citizens of the States, as is stated in 1:2:2-3, 2:1:5, 3:2:1, 4:2:1 and the Preamble of the United States Constitution, to become subjects of this UnitedStates Constitution. In 1938, the decision in the case Erie Railroad v. Tompkins, which ruled “there is no federal Common Law,” afforded the excuse for the conglomeration of equity and Common Law, effectively eliminating Common Law protection as specified inthe Constitution and Bill Of Rights and converting to Admiralty Courts using Merchant Law. All courts in the United States are now Admiralty Courts, with a few exceptions. The American flag, with a yellow trim around its edges when displayed in court, means thatthe jurisdiction is Admiralty Law. This attempt to eliminate Common Law must have been a conspiracy since it was carried out by an element of the society which is secret from the rest of the people.

Through this legal, but fraudulent change in status, the sovereign Citizen of the States have lost their Constitutional rights which were provided as a protection from government, and are now subject to Admiralty Court jurisdiction using U.C.C. regulations, obligations to the government vehicle and its associated agencies.

The United States National Government, which was formed by the rest of the Constitution besides Article 1:8:17-18, has been moved into the background, and Congress nolonger meets in session to represent the several States as originally defined, all representation and legislation is for the Article 1:8:17-18 Federal District Of Columbia Federal Government, which is a vassal state to the United Nations. However, that national Government MUST still exist if the Federal Government which operates out of Article 1:8:17-18 of the Constitution still exists, since the latter was chartered out of the former. Anything else would also immediately identify treason on the part of the perpetrators.

The Federal Tax Lien Act of 1966 placed the IRS, the collection arm of the Federal Reserve Banks and the Department of the Treasury, under U.C.C. regulations, formally and legally identifying all United States citizens as commercial entities subject to regulation,with the identifying number being their Social Security Number. Anyone who has used their Common Law right of unlimited contract to adhesion themselves to the Federal District of Columbia entity created by Constitution Article 1:8:17-18 is now an International citizen subject to International Law under Admiralty Court jurisdiction, as opposed to being a sovereign Citizen of the States guaranteed Common Law protection. Gun control legislation, all unconstitutional under the Constitution, is all supposedly made legal by international disarmament agreements under the United Nations treaty. This pattern of disarmament was defined in the Blueprint For The Peace Race which was authorized and signed in 1950 by President Harry S. Truman, who was called a traitor at the time for that action. The writings of Albert Pike, Guiseppe Mazzini, Adam Weishaupt, Manley Palmer Hall, Benjamin Disraeli,Colonel Mandell House, Felix Frankfurter, Louis Brandeis, Theodor Herzl, Steven Wise,Chaim Weizmann, Henry Kissinger, Zbigneiw Brzezinski and Carroll Quigley document some of the details of this conspiracy, in the words of the conspirators. On July 16, 1992 in his acceptance speech, Bill Clinton admitted that he was part of a conspiracy, a benevolentconspiracy, he claimed.

Recent gun control legislation such as the Brady Handgun Violence Protection Act and the Violent Crime Control and Law Enforcement Act of 1993 along with proposals to increase fees for gun dealers and to tax ammunition have all contributed to a boom in the purchase of arms and ammunition by the public. Previous estimates of 200 million guns held by 60-70 million Americans must be reevaluated and increased, and these actions appear to have finally created a critical mass of public opposition which is still growing every day. All of the recent gun control legislation and the associated publicity is an effort to create a public acceptance of gun control, since they have already passed all the laws necessary for that action through United Nations treaties and Foreign Policy papers resulting in little known public laws.

'The Monetary System of Today: How We Got Where We Are' have 3 comments