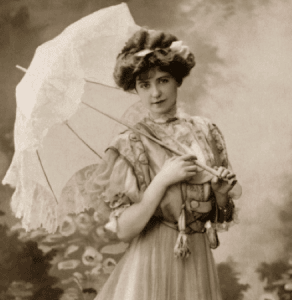 Anthropological and historical evidence provides invaluable clues about achieving good health through diet and lifestyle changes. Though I appreciate modern science and all that we’ve learned from it, strictly using science can sometimes lead to missing the big picture. Viewing nutrition and overall health through an evolutionary lens can help us keep modern findings in perspective and better understand their practical implications.

However, the Paleo paradigm we’re all so familiar with has its own shortcomings. For example, we don’t know exactly what our Paleolithic ancestors ate, and frankly, many people find it hard to relate to ‘cavemen’ who lived before modern civilizations even existed. The good news is that there are many societies that achieved and maintained excellent health even after the agricultural revolution, and ‘cavemen’ aren’t the only people who could teach us a thing or two about what to eat and how to live. A paper I found recently, entitled “How the Mid-Victorians Worked, Ate and Died,” discusses the remarkable health of Britain’s working class from 1850-1880, as well as the lifestyle factors that helped them achieve it.

During the mid 1800s, a series of economic and political forces converged to create a higher standard of public health for the British working-class than in any time before or since. Their life expectancy (from age 5, to compensate for higher rates of infant mortality) was as good as that of the modern UK, obesity was almost nonexistent, and the incidence of chronic disease (including cancer, heart disease, and diabetes) was only 10% of what it is today. These figures are even more amazing once you consider that they didn’t have the advantages of modern healthcare, including antibiotics and trauma care.

Unlike the history of pre-agricultural societies, mid-Victorian history is well-documented, so we can surmise what components of their lifestyle allowed them to be so much healthier than we are today. Here are what I consider to be the top 6 strategies for achieving health based on the lifestyle of the mid-Victorian period.

1. Move around as much as possible

Working-class people during this time period had to expend huge amounts of energy just to carry out their day-to-day tasks. This was not “exercise;” it was simply movement. Men often had to walk up to six miles a day just to get to work, where they would usually perform more physical labor. Women were on their feet most of the day as well, either with domestic chores or jobs in workshops and factories. Instead of doing Mobility WODs, they scrubbed floors, and instead of practicing kettle bell swings, they built railroads.

Unfortunately, most modern jobs require more sitting than moving, and simple movement has been replaced by “exercise,” carried out only during an allotted time and often requiring a gym membership. But as the mid-Victorians show us, there’s immense value in a lifestyle where movement is incorporated throughout the day. There are several easy ways to incorporate more movement into your day, even if you work at a desk instead of a rail yard. In this podcast I talk about my own ‘workout routine,’ which incorporates many of these techniques to keep me moving throughout the day.

In the Paleo community, there’s a lot of focus on avoiding food toxins like high fructose corn syrup, gluten, and vegetable oils. However, we also need to emphasize the importance of seeking out particularly nutrient-dense foods. People during the mid-Victorian period ate exceptionally nutrient-dense diets that included copious fresh fruits and vegetables, pasture-raised meats and dairy, fish, nuts, seeds, and legumes. They also routinely ate organ meats, including brains, heart, sweetbreads, liver, kidneys and ‘pluck’ (the lungs and intestines of sheep).

Another advantage they had is that due to their physically demanding lifestyle, men and women during that time period ate twice as many calories as we do today. Men could consume upwards of 5,000 calories on a workday, and women over 3,000. The sheer quantity of food they ate, combined with its superior quality, resulted in average micronutrient levels 10 times higher than those of modern diets.

Because of our drastically lower caloric intake, it’s even more vital that we actively seek out nutrient-dense foods to cram as many micronutrients as possible into a relatively small caloric load. Some of the most nutrient-dense foods include organ meats, egg yolks, greens, fatty fish, and berries.

Part of the reason the mid-Victorians were able to consume so many micronutrients was that their produce had ripened naturally before being picked, and it hadn’t traveled across the continent to reach them. Much of the food they ate they grew themselves, and they ate food in season because it was cheaper. For example, they would eat apples regularly from August through May, but once that season ended they would eat cherries or gooseberries instead. They imported very few foods.

Eating in season ensured that their food contained as many phytonutrients, vitamins and minerals as possible, and also allowed for a greater variety of nutrients from different plants over the course of a year. To follow their example, I highly recommend shopping at farmers’ markets or growing some of your own produce. Eating wild might be even better. The fresher a food is, the more nutrients it will contain!

For a group of people who weren’t even aware they had intestinal flora, the mid-Victorians sure treated them well. One of the best things you can do to maintain digestive health is to eat plenty of prebiotic foods, including onions, garlic, Jerusalem artichokes, dandelion greens, and leeks. As it turns out, these foods were some of the most often consumed vegetables during the mid-Victorian period.

Onions were the cheapest vegetables available and could be obtained year round, so they were a dietary staple for the mid-Victorians. Other commonly eaten vegetables included watercress, Jerusalem artichokes, carrots, turnips, broccoli, and cabbage. Maintaining healthy gut flora through prebiotic consumption was probably a big factor in protecting the mid-Victorians from chronic disease.

Another circumstance that likely contributed to the good health of the mid-Victorians was the price and availability of fatty fish. Fresh herring was a staple in their diet for the simple reason that it was easily obtained, and when they couldn’t get it fresh they could find it salted and dried or canned. Sprats, eels, and shellfish were also widely consumed.

I’ve discussed at length the importance of getting pre-formed DHA in the diet, and herring, along with other cold-water fatty fish, is one of the best sources of this omega-3 fatty acid. Despite the recent ‘omega-3s cause prostate cancer’ scare, eating more sardines, mackerel, and other DHA-rich fish is probably one of the best things you can do for your health. It certainly worked for the mid-Victorians.

During the mid-Victorian period, beer was popular and widely consumed, but it was significantly weaker than it is today. The alcohol content of beer consumed in the home was usually between 1% and 2%, while beer consumed in pubs was around 2-3%. Both these values are much lower than the alcohol content of modern beer, which is around 5%. Although alcohol in moderation can be beneficial, the levels that many people consume today are patently counter to good health, and the mid-Victorian tradition of watering down beer likely helped mitigate the effects of the higher volume they drank.

The end of mid-Victorian health

Unfortunately, increasing imports of white flour, sugar and other processed foods during the last part of the nineteenth century caused a swift decline in Britain’s public health. Interestingly, when the British government decided to address this public health disaster, they made the mistake of assuming that people had been unhealthy since the beginning of the nineteenth century. As you can see from the discussion above (or from reading the paper), this was not true at all, and the authors insist that this false assumption has seriously damaged health policy. Perhaps if it weren’t for this mistake, the British government would be recommending a mid-Victorian inspired diet to this day!