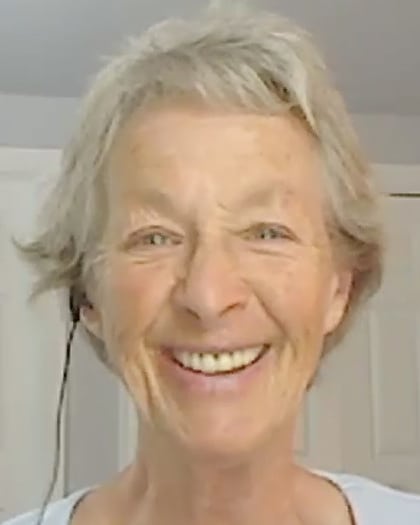 Over the past sixty years, Madam Ghis has been roaming about, looking for an absolute truth. Trying different countries, and experimenting with different roles, including that of a physician, an entrepreneur, a mother, an author, a lecturer… And after all that, she came home only to discover that what she was looking for was part of her all along.

At eighteen, she wanted to become a philosopher. However, she didn’t believe “thought” contributed much to the well-being of humanity, so she opted instead for a profession which, to her way of thinking, could make a difference, medicine.
She practised it for over twenty years, although, whenever she could, she set aside one day a week for “thought”. Three subjects were of particular on-going interest to her: medicine, politics, and spirituality.

In medicine, she sought unlimited health. She was convinced that everyone could be in perfect health and that it could be achieved at minimal cost.

In politics, she wanted to decentralise power; to put it back into the hands of those to whom it belongs, the people.
As for spirituality, she searched for the absolute. She discovered the world of the invisible and its precedence over the visible world.

Madam Ghis has traveled down many roads, teaching, writing books and articles, reporting, giving lectures and holding workshops. She also founded an association for business women. All the while, she pursued her medical activities, specialising in the field of phlebology. I established a number of treatment centres in Canada and in the USA. She came to understand the real inner workings of the health industry.

All this travel and experimentation made her realise that the only solution was individual sovereignty; the supreme authority lies within and each is sovereign and idessic.

She stopped fighting the authorities. She stopped trying to change the system, or the world for that matter. She stopped trying to play the role of a saviour. She learned to change herself and to obey her soul/conscience. She came to the conclusion that true idessity is inherent to us all as individuals. The original vibration which created the universe is within each person. She called it Idessa.

Madame Ghis, knowing ourselves as Soul, is the only way to true freedom, November 2, 2017

'Madame Ghis – Individual Sovereignty by Knowing Yourself as Soul- November 2, 2017' have 2 comments