What’s Happening to Our Bees?

Terrence Ingram has been keeping bees since 1954. In 1996, he lost 250 hives due to the spraying of RoundUp on the cornfields near his property. He tells gives us details in this interview of his issues with the Illinois Department of Agriculture as well as some fascinating facts about the secret lives of bees and of their critical importance to the environment. This is an excellent show!

An Illinois beekeeper whose bee hives were stolen and allegedly destroyed by the Illinois Department of Agriculture has stirred up a hornet’s nest with his questions on why the state did this, and most importantly, what they did with his bees. The state claims the bees were destroyed because they were infected with a disease called foulbrood. But when the 58-year apiary keeper had his hearing—three weeks after the removal of his bees without his knowledge—the state’s “evidence” had disappeared, leaving more questions than answers about the raid on the beekeeper’s hives. Some people, including the beekeeper, Terrence Ingram, suspect the raid has more to do with Ingram’s 15 years of research on Monsanto’s Roundup and his documented evidence that Roundup kills bees, than it does about any concerns about his hives. Interestingly, the state’s theft targeted the queen bee and hive he’d been using to conduct the research.(Read More) 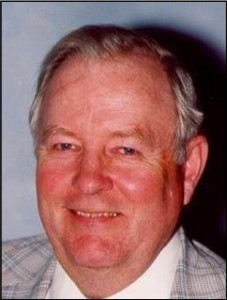 terrance ingram on bee health and roundup, may 28, 2013
https://soundcloud.com/oneradionetwork/052813_ingram_terrance_bees

'Terrence Ingram – Miracles in the Beehive: The Connection Between Colony Collapse Disorder And Monsantos RoundUp Herbicide – May 28, 2013' have 2 comments