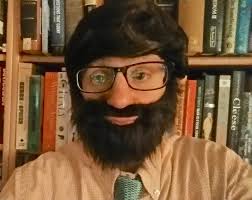 -The story of chess player Bobby Fisher is instructive for how to prevent huge mistakes.

-Archaeologist Howard Carter’s success based on ignoring “positive thinking” and sticking to the facts.

-Leonardo Da Vinci, the genius of the century,  died early and poor.  Dabbled in a lot of things but nothing in depth.  Not a model to follow.  Better to concentrate on a few fields.

-Children won’t become rational on their own.  Need to be taught.

-Promote learning that can create the basis for learning other things.  E.g. Need math, grammar as foundations.  Think long-term, think ahead.

-Can you do what you want?  Some markets are too small and people won’t make it.  E.g. sports professions.

-Sigmund Freud successful only after much trial and error, with little by little steps.  Started with hypnosis for hysteria, then moved into dream analysis.

-Get out of your head.  Need grounding and reality.

-Ancient Greece survived for centuries.  Stayed away from conflict and focused on business.  Became good at preventing conflicts and did business around the world.  Bad deals better than good confrontations.

-George Washington’s axiom was to trade liberally with Europe but stay away from their wars.

John Vespasian on the power of rational thinking and learning from history, August 15, 2017