-Dr. Flanagan starts the show recounting a recurring dream he had with aliens and explains how with only the immersion into study could he keep the dreams at bay

-A 12 year old child prodigy, Dr. Flanagan shares his first inventions and how he obtained patents for them. Not an easy task

-Attention from the government: What other child do you know is summoned out of the classroom to speak to the Pentagon?

-The neurophone and it’s benefits

-What is crystal energy and why is it packaged in plastic bottles?

-We ask Dr. Flanagan how he prefers to get minerals into the body

-Dr. Flanagan loves organic sulfur also. Find out why and how much he takes

-Speaking of taking a lot of something; Dr. Flanagan takes a lot of iodine. Find out why

-Taking a look at AC and DC power. We get a little history lesson on Tesla and Edison

-We ask him if cell phones are dangerous. Of course he says yes, but offers an interesting solution

-The low down on electromagnetic fields

-His opinion of Rife technology

-Where did we come from? Patrick says were genetically engineered

-Dr. Flanagan offers his theory as to why fluoride has been added to the water

-A solution for Fukishima

-A fascinating look at pyramid energy

-Building a house based on the golden ratio 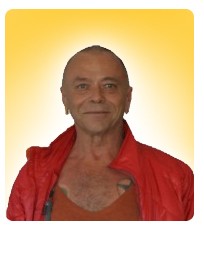 'FROM THE ARCHIVES: Dr. Patrick Flanagan – Inside the Life of a Child Prodigy: Aliens, Inventions, Crystal Energy, Pyramid Power, Nutrition and Playing the Game – October 24, 2013' have 4 comments