Dr. Ward worked 27 years with the United States Geological Survey as research geophysicist, branch chief, and program manager. He helped develop and manage a major national research program, chaired a committee at the White House, testified before Congress, worked on a committee for Vice President Gore, published more than 50 scientific papers, and won two national awards for explaining science to the general public. He retired in 1998, working intensely for the past decade trying to resolve several enigmatic observations related to climate change.

Dr. Ward’s analysis and theory are explained in detail on his website and in his new book “What Really Causes Global Warming? Greenhouse Gases or Ozone Depletion?” 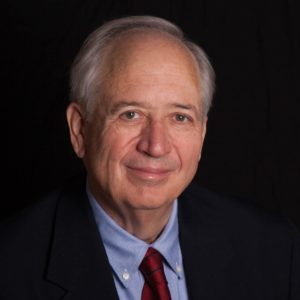 -Why the change in term from global warming to climate change?  What you focus on depends on the argument you want to make.

-Most scientists believe global warming is due to greenhouse gases.  A 150 year old theory and the accepted consensus currently.

-2 kinds of volcanoes.  Explosive volcanoes such as Mt. Pinatubo in 1992 create a mist and that causes cooling.  Effusive volcanoes release basalt and causes warming.  250 million years ago, a basaltic lava was released over Siberia.  Period of greatest warming and greatest mass extinctions.

-Global warming is associated with ozone depletion from effusive volcanoes.

-CFSs are very stable.  Found in spray cans, refrigerators, air conditioners.  They carry chlorine to the upper atmosphere.  In the vicinity of UV light, they break down, releasing the chlorine, and that’s what does the damage.   Temps on earth are determined by the thickness of the ozone layer, and it gets impacted by a very small amount of chlorine.  Ozone itself is very unstable and is continually created and destroyed, releasing heat each time, which amplifies the effect of CFC on ozone.

-In 1974, 3 scientists discovered the effect of CFC on the ozone layer and won a Nobel Prize for it.  In 1975, the Antartica ozone hole was discovered, which led to the Montreal Protocol.  This was written and adopted in 1985 and said we have to cut back on the production of CFCs.  This stopped the warming.

-Scientists have made a fundamental mistake in the way we calculate energy in the atmosphere.  When this mistake is corrected, the effect of greenhouse gas can be shown to be minimal at best.

-How do so many scientists say greenhouse gases are the explanation?  Scientists are genuine and concerned, but we need a whole new understanding of physics and radiation.  Man is causing some global warming, which has been partly corrected, but nature is also responsible for causing the problem.  Is a major upset in science.

-How much will it really cost to lower greenhouse gases?  Even trillions of dollars won’t have enough impact.  Information says we can burn fossil fuel, and we do need to worry about pollution, but we shouldn’t be spending money lowering greenhouse gases.  Instead spend the money where it will have the best effect.

-If we exit from the Paris Accord, we would be giving up our leadership in correcting the problem and lose our voice.  We need to instead change the focus from reducing greenhouse gases to reducing CFCs.

-Consensus has squashed debate.  Old theories are not correct.  Dr. Ward says the data is quite clear.

-23 times in geologic history we warmed suddenly (over a decade) out of an ice age, and then cooled back into an ice age over centuries to millenia.  Only volcanic eruptions can explain the timing of those cycles.  The warming period can last as long as the eruption of basalt.

-The best way of looking at the climate is looking at ice cores.  Looking back further in time, ocean and land sediments are also a good way.  Even further back are fossil changes seen in the sediments which we can explain by looking at volcanism.

-We now have rapid access to information on the internet.  Everybody gets to express their opinion whether they’ve thought about it or not.  So there’s a lot of raw information out there.  And we can tune in just to the people that express what we think.  We used to have 4 TV broadcasters that strove to provide fair and even news coverage.  Now have multiple TV channels created for the promotion of specific points of view.

Dr. Ward’s website whyclimatechanges.com  has papers and videos of his talks.  Twitter is @yclimatechanges.  His book is “What Really Causes Global Warming? Greenhouse Gases or Ozone Depletion?”