Stealing from the Biosphere

Defending the Role of Carbon on Earth; The Real Agenda Behind the “Green Elite” 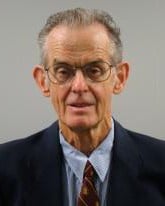 Viv Forbes is a geologist , financial analyst and farmer with a degree in Applied Science (geology, physics, chemistry and maths). Since graduation he has studied economics, politics, climatology, soil science, financial analysis, grazing management, hydrology and animal nutrition. He has worked for government departments, private companies and his own business. He has written widely on political, technical and economic subjects. He was awarded the “Australian Adam Smith Award for Services to the Free Society” in 1988, and was chosen as Friedrich Naumann Foundation’s “Author of Freedom” in September 2012. He should be retired but is a non-executive director of a small Australian coal exploration company and lives with his wife Judy on their sheep and cattle breeding property at Rosevale in Queensland, Australia. He was the founder of the Carbon Sense Coalition.

-What’s wrong with the “Green Movement”?

-What is the concept of ‘climate change’ about?

-Our oceans controls the amount of carbon dioxide in the atmosphere

-Why global warming poses no threat to the biosphere and human beings?

-What exactly what is coming out of the stacks of coal fired plants?

-The driving motivation behind the “war on carbon”

-The Earth has not risen in temperature in 19 years; how does that support the theory of global warming?

-How minerals get stripped from farm soil

viv forbes and the bioshphere and carbon, august 31, 2015, hour one

'Viv Forbes – Defending the Role of Carbon on Earth; The Real Agenda Behind the “Green Elite” – August 31, 2015' have 2 comments