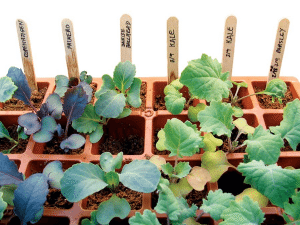 -ORN has been hacked. Podcast ability is disabled for now. The geeks are working on measures to prevent future hacking, which may require passwords or a subscription to download.

-Use AntennaSearch.com to find all towers and antennas within 4 miles of your location.

-Amount of composted bovine manure in the soil is the most important determinant of soil quality.

-In the US, over tens of thousands of years, 180 million bison looked for salt licks and then redistributed the minerals. They built the soil up by eating grasses and forbs, which balance the toxins that come from nutritious foods.

-Alfalfa is a legume and estrogenic. Causes mastitis. Rebalancing diet by adding grasses compensates for the toxicity of excess alfalfa.

-Soil Total Test measures the minerals locked in the soil. A plant tissue test tells what gets into the plant.

-To tell if freeze danger is over, have the mesquite trees put out leaves? Is the most sensitive barometer of potential freeze in Texas. Pecans are also pretty cautious.

-Don’t mulch yet. Let the soil warm from the sunshine, then apply the mulch to keep cool and conserve moisture.

-In Texas, if you hear thunder in January, there will be a freeze in April.

-Peach trees – an ice storm won’t kill the fruit, but a hard frost will.

-Pumpkin seeds are a good food source of zinc, which is needed by the prostate. Also saw palmetto.

-The breast and prostate need high levels of iodine, even more than the thyroid.

-1932 warning that the mineral levels in food had dropped. Especially of sulfur, which detoxifies the cells. Sulfur has a love affair with heavy metals. Don’t want to add elemental sulfur to soil – add powdered yellow sulfur.

-The more sulfur in the soil, the stronger onion and garlic will taste. Better to use gypsum (calcium and sulfur), which is ionically bonded to sulfur; the Ca and S is water soluble. Ca is more important than NPK.

-Boron is important, but must be in range. Too little boron, not enough sap movement; in range – just enough; too much, will blow out the plant.

-We excrete boron when the tissue is saturated. What takes it out is metallic aluminum (Al). Al easily crosses the BBB. Is added to municipal drinking water to clarify it because it removes turbidity.

-All the trace minerals figure into a plant’s immune system. If it’s not in the soil, or soil is not in the right pH range, the mineral is not available to the plant. Copper, which is antifungal, drops out if pH is too acid.

-Soil biota effects. Fungus is on the root system. Roots supply the fungus with sugar. The fungus grows as a mycelial mat out ahead of the root and is searching for the minerals. Fungus tells the roots where to grow, and the roots transport the minerals into the plant.

-A cow with mucus streaming out of its nostrils is innoculating the grass she doesn’t eat with the biota in the mucus. Cow, grass, and biota all benefit.

-GeoGrowers has fully composted cow manure. Cow manure needs to be composted, if not will cause putrefication and rot and encourage snails and slugs. How long was it composted? What temperature did it reach? (want minimum of 150 F).

-Want to apply 2 inch layer of manure. Apply now. But don’t apply year after year, will increase potassium too high. Also don’t want too much phosphorus. Testing soil is a good idea, but don’t need to test until you’ve noticed a problem.

-Conventional recommendation is to add nitrogen fertilizers, but they make the plant grow faster than it can take up trace minerals. When a cow urinates, excreting urea, what is growing there will grow really fast. The cow will not eat that grass. The food has grown so fast it doesn’t have the trace minerals in it that it needs for nutrition. No plant can refuse nitrogen, but too much and it becomes deficient in trace minerals and can’t built phenols and pigments, such as carotenoids, which are protective of the plant and protect against cancer.

-Listener asks -what is a good trace mineral supplement recommendation? Sea minerals. See book “Fertility from the Ocean Deep” by Charles Walters. George recommends EcoVie, ocean minerals with the salt taken out. Mineral proportions are almost identical to what is in the blood. Available from GeoGrowers or www.ecoorganics.com/ecovie/. Also in concentrates for adding to water troughs.

-80% of us are deficient in magnesium. Is a lot of Mg in leafy green vegetables, but if you don’t have enough boron, you can’t hold onto the Mg and it goes out through the kidneys. If you have too much Al, you won’t have enough boron. George tests well for Blue Bonnet supplements, which are all in glass. Amino acid chelated form of boron is best.

-How to encourage decomposition in wood chips? Fish emulsion and turning the chips helps. Want seeds in the “cold zone”, with soil below and wood chips above. Don’t want mulch below the surface of the soil – it will ferment with toxic byproducts.

-Any place that’s had autos around for a long time will have lead precipitated into the soil. Install raised beds with clean growing medium. Have to ask labs to test specifically for heavy metals.

-How to tame runaway candida? Stop eating anything that is sugar. Grains, refined sugar, HFCS (which has a levorotator form of glucose/fructose).

-EcoVie is an ionic source of minerals. George has a weekly drink of 2 TB added to a glass of distilled water.

-Is rock dust good? Depends on which dust for which process.

-Need clay for cations. Use organic matter if not enough clay.

-Copper deficiencies are getting worse. Cause premature gray hair and burst aneurysms. Collagen needs Vit C, L-lysine, and copper. Lithium deficiencies cause post-partum blues, alcoholism. Copper is in relationship to zinc. Iodine masterminds that relationship and is blocked by bromine, fluorine, chlorine. Food source of iodine is most benign – esp. bladderwrack. Lugol’s good.

-Fish oils – many are rancid. Omega 6:Omega 3 should be 1:1, 3:1 at most. >20 indicates inflammation. Light oils (soy, corn, canola) rancidify in your blood stream. Coconut oil is easiest on your gall bladder. We only make 80% of the cholesterol in our bodies, need to have it in our diets. Need it to make Vitamin D. Danger of statins. Research showed residents of assisted living with the highest cholesterol had the highest survivability.

Promoter virus in GMO foods can move into our guts. The power of consumer choice.

george algelt on spring gardening, minerals and much more, march 14, 2017 hour one

'George Altgelt – Get a Jump on Spring Planting and Grow the Best Garden Ever – March 14, 2017' have 3 comments