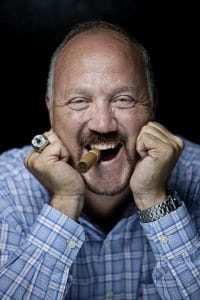 Bradley C. Birkenfeld blew the lid off the darkest secret in banking: how offshore banks enabled the ultra-wealthy to commit tax fraud in the billions of dollars. But it was a stinging betrayal by his own firm, UBS, that led him to come forward — and expose offshore banking as a system rigged for the ultrarich. His initial reward? A jail term. But his testimony helped the U.S. Treasury recover $15 billion in back taxes, fines and penalties — and forever ended offshore banking as we know it. After 30 months in prison, Birkenfeld’s vindication came in the form of the largest IRS whistleblower award in history: $104 million.

Birkenfeld’s adventures in whistle blowing provide a fascinating insider’s look at how banks like his former employer make tax fraud easy for industrial magnates, politicians, royalty, celebrities, cartels and terrorists. His amazing story underscores the power of a single individual against powerful, complex and corrupt systems. His efforts helped right a profound wrong, spawning a wave of international investigations into offshore banking’s previously hidden crimes. As a result, banking laws, the federal tax code and international tax treaties are now changing right before our eyes.

-Switzerland started as a financial neutral country. Cooperation between the Swiss and Hitler’s regime. In WWII, Swiss and US government colluded in looting gold. Have been in bed together since then for processing of ill-gotten gains, with Swiss as a conduit for cash transfers, until Birkenfeld blew it open.

-Birkenfeld met resistance from US Department of Justice, Obama, Holder and Clinton in exposing UBS.

-UBS management authorized a hidden 3 page document which was not being followed. Birkenfeld reported wrongdoings to UBS management and then US DOJ, who indicted him. Sham trial. Sentenced to 40 months imprisonment in Pennsylvania.

-In 2006-2007, Clinton made a deal for the Swiss to give only 4,700 names out of the 19,000 with undeclared, unreported, offshore Swiss bank accounts. Why was she involved? Billionaires that gave money to Clintons stayed protected.

-Senator Barack Obama accepted millions of dollars from USB for his campaign. Was on the senate committee investigating USB but never showed up for a single hearing.

-Birkenfeld had to self-publish because the US media would not publish anything implicating Obama and Clinton, Jack Lauder, and other names. Given the largest whistleblower award in US history of $104 million for exposing waste, fraud, and corruption. This single individual exposed the largest tax fraud in the world.

-Government is part of the problem and was embarrassed for being exposed. DOJ reached a deferred prosecution agreement with UBS and imposed a fine that was a pittance. NY Fed Reserve chairman Timothy Geithner declined to further penalize USB and was then made Treasury Secretary by Obama.

-Governments are in bed with the big banks, they’re all dirty, and that’s the problem. Legislation that passes is beneficial to large corporations and not the taxpayer. No accountability and transparency.

-Existing corporate tax structure is that way because that’s how the boys wanted it.

-The only individual to go for jail for the entire 2007-2008 financial crisis was Bradley Birkenfeld. DOJ cannot be trusted. It’s a fixed system.