The Real Reasons Why Another American Civil War Is Possible

With Donald Trump on the way to the White House in January, along with a Republican majority in Congress and the Senate, leftists long accustomed to dominating the public narrative through the mainstream media have found themselves without leverage. Now, they must resort to ankle biting with efforts like the “fake news” meme, which is designed to undermine the alternative media through ad hominem. Obviously this will fail. It is far too late for the mainstream media to gain back any social capital, and they will have to adapt or die out.
With this avenue closing for the left, the next stage will be direct asymmetrics; they will use subversion at a more localized level; working to provoke “marginalized” groups into taking extreme action in order to illicit a negative and totalitarian response from conservatives. (READ MORE)

-The value of a barter-able skill to produce or repair a necessity or teach a valuable skill.

-Italy votes no to changing the constitution. What will that trigger?

-Is the movement to digitize currency global?

-What will be the consequences of India removing their 2 highest value notes from circulation?

-Prediction in 1st half of 2016 that nationalists would rise to power. Is this a nefarious move by the globalists, allowing populists to take over the wheel of the ship while the ship is sinking? Why was Trump allowed to win, while Ron Paul was squashed by the RNC? Who will get the blame for a coming economic crisis?

-What is a globalist vs. a nationalist?

-Trump and Clinton are both extremely divisive characters. Election was meant to divide the country.

-The left and the social justice cult will become more extreme, more violent, with more mob rule. The elites want this, to drive us towards authoritarianism. If the right falls for this and abandons their liberty-minded and sovereignty principles, we have lost the war.

-The crash is inevitable. Who gets to rebuild the system after the crash?

-Is Donald Trump one of the oligarchy? Is he controlled opposition? New Treasury Secretary Mnuchin is a Goldman Sachs boy with ties to Soros. 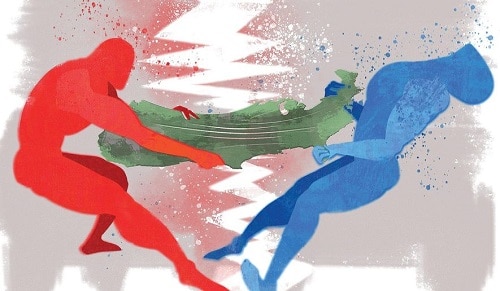 brandon smith and the politics of money, media and more, december 6, 2016

'Brandon Smith – The Real Reasons Why Another American Civil War Is Possible – December 6, 2016' has no comments