This is a GREAT show. Don’t miss it!!

Mr. Henderson says 5 G, health issues aside, is about creating a “Hive Mind”, so all the little worker bees think alike, act alike, talk alike, look alike, do their work,  and don’t complain 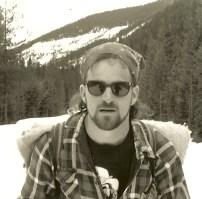 A life-long activist and traveler to 50 countries, Henderson’s articles have appeared on Infowarscom, SavetheMales.ca, Globalresearch.ca, DavidIcke.com, ZeroHedge.com and NakedCapitalism.com,among many other websites. His print articles have appeared in Multinational Monitor, In These Times, Paranoia and numerous other journals. He also appears regularly as a political analyst for Iran’s Press TV, RT News, Russian Channel 1, The Syria Times, Rense Radio, Tactical Talk with Zain Khan and The Richie Allen Show.

In June 2018, Dean spoke at New York City’s Deep Truth conference where he delivered a speech titled, “All Roads Lead to the City of London” as part of a panel named Confronting Oligarchy: Resisting Full Spectrum Dominance.

Big Oil and Their Bankers in the Persian Gulf: Four Horsemen, Eight Families and Their Global Intelligence, Narcotics and Terror Network is a global cult classic among conspiracy researchers.

The Grateful Unrich: Revolution in 50 Countries chronicles insights gained from a lifetime of overseas travel.

Stickin’ it to the Matrix is a practical guide to dropping out of the evil Illuminati system.

The Federal Reserve Cartel reveals the owners of the world’s private central banks and offers a solution to end their global hegemony over the planet and its people.

Dean and his wife Jill live in the Missouri Ozarks where the rivers run clear, the water tastes sweet and the air is clean. They operate and live on a small organic vegetable farm, burn wood for heat, and gather wild berries, mushrooms, fruits and nuts. They don’t work slave wage jobs and buy very little while living a simple and rich life.

We dig right into the Federal Reserve Bank and all Central Banks, when they were first started, who owns them then and today.  Great stuff

Through out the show Dean references “The Crown” and fleshes out the who, why’s behind this force.  A lot bigger and bolder than the common thought of “The Bank of England is running the show….”

He believes there are forces and goes into great detail about Digital Currency Group, GDC, who’s on the board and what they are up to…and it is everything block chain

He thinks Mr. Putin is generally trying to do the right thing for Russians and Moscow is booming right now.

401 K’s and ll these “perks” for retirement savings was just a stealth way to get employees put in half of the savings account each week.

The London Gold Fix is truly a “Fix”

Mr. Henderson says “The Boys” have the President on a short leash because the bailed him out of a big, big problem with a casino going bust in Atlantic City

He gives us a little background and history on Iraq and how that whole thing got supercharged by the Neo Cons in D.C.

We then get into 5 G and there’s more going on here than the possible intention to make people sick, a lot more.  Beyond Orwellian

The Boys are creating a “Hive Mind” where all the little worker bees think alike, don’t complain and just do what they say

There’s lots more in this 2.5 hour show..but we’ll wrap up notes with a few emails asked and answered:

What skill sets would your say is most valuable to learn for the future?   (you may be surprised by his answer)

What does Dean recommend as a good source of informative for further
research? What are the sources that he relies on for his extensive research?

How did the money powers allow President Trump

Dean Henderson, researcher into money, wars, politics, digital currencies, where the bodies are buried, April 17, 2019 ONE

'Dean Henderson – The FED, Where The Bodies Are Buried and “The Boys” 5 G Blockchain Enslavement Plan – April 17, 2019' have 7 comments