Eric Margolis has spent nearly 50 years investigating the who what and why’s in war torn Countries from Iraq to El Salvador – He paints a very different picture of the conventional, store bought wisdom dispensed by most Governments and Media. 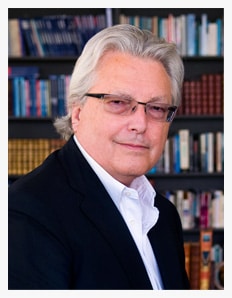 He is a regular contributor to The Huffington Post, Lew Rockwell. He appears as an expert on foreign affairs on CNN, BBC, France 2, France 24, Fox News, CTV and CBC.

As a war correspondent Margolis has covered conflicts in Angola, Namibia, South Africa, Mozambique, Sinai, Afghanistan, Kashmir, India, Pakistan, El Salvador and Nicaragua. He was among the first journalists to ever interview Libya’s Muammar Khadaffi and was among the first to be allowed access to KGB headquarters in Moscow.

A veteran of many conflicts in the Middle East, Margolis recently was featured in a special appearance on Britain’s Sky News TV as “the man who got it right” in his predictions about the dangerous risks and entanglements the US would face in Iraq.

There simply never was any “Weapons of Mass Destruction” the whole premise of the Iraq invasion under George W. Bush

He gives his opinions and insights what Iraq and Afghanistan, U.S. involvement, was and is today

The Opium production, the materials necessary for the “Opioid Crisis”  has increased since U.S. intervention in Afghanistan

“Terrorism” is a word created to insure a U.S. Defense budget of One Trillion, (including “off the books” spending)

France, Britain and Russia attacked the Ottoman Empire in 1914 and created the mess now known as The Middle East crisis

Israel has a stranglehold on U.S. policy with friends  who control many of the money centers, Media and Hollywood

We asked Mr. Margolis what is this Russian hysteria all about?

Eric Margolis, war correspondent for five decades gives his Truth on what these wars are all about