Mr. Engdahl proposes The Globalist are not trying to get the President out of office as many say.  He says Mr. Trump is doing their bidding and never  would have got in the White House if he was a true threat to their agenda. 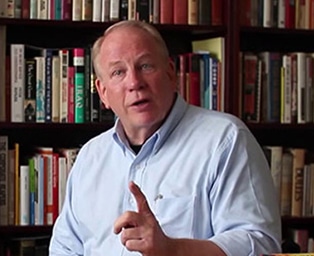 He has been researching and writing about the world political scene for more than thirty years. His various books on geopolitics—the interaction between international power politics, economics and geography—have been translated into 14 foreign languages from Chinese to French, from German to Japanese.

His most recent works trace the strategies and events that led to the rise of the US as an international superpower. He describes the emergence after 1945 of an American power as a new kind of Empire not based upon sole military occupation of land, but control of vital resources. Domination was through creation of an informal empire where control of finance, of the basic food chain, of energy—above all of oil, would be the basis for what would become the greatest concentration of power in history, an American Sole Superpower after the collapse of the Soviet Union.

Born in Minnesota, William Engdahl grew up in Texas. After earning a degree in politics from Princeton University, and graduate study in comparative economics at Stockholm University, he worked as an economist and investigative freelance journalist in New York and Europe.

He has lectured on contemporary geopolitics as Visiting Professor at Beijing University of Chemical Technology and delivers talks and private seminars around the world on different aspects of economics and politics with focus on political risk. He has given talks at the Ministry of Science and Technology Conference on Alternative Energy, Beijing; London Centre for Energy Policy Studies of Hon. Sheikh Zaki Yamani; Turkish-Eurasian Business Council of Istanbul, Global Investors’ Forum (GIF) Montreaux Switzerland; Bank Negara Indonesia; the Russian Institute of Strategic Studies; the Chinese Ministry of Science and Technology (MOST), Croatian Chamber of Commerce and Economics.

William is a Research Associate of Michel Chossudovsky’s Centre for Research on Globalization in Montreal, Canada and member of the editorial board of Eurasia magazine. He currently lives in Germany and in addition to writing and giving interviews on current events, consults as a political risk economist for various private organizations, major European banks and private investor groups. Why the “F.” in F. William Engdahl? That’s an interesting question.

When you visit Mr. Engdahl’s  site he invites you to sign up for his free email newsletter

It is not about having enough oil, it is controlling energy, blackmailing Countries and blocking China’s growth

The Globalist are at war with China, Iran and Russia

Mr. Engdahl The Globalist are doing all they can to divide American’s against one another, and they are succeeding royally.

ISIS is a CIA creation as was Al Qaeda

The biggest thorn in the side of the Globalist regarding China is that they own their Central Bank unlike the rest of the World, where the Central Bank is privately held corporation owned by The Big banks.

JFK was the last truly independent President the United States

“Made in China 2025” strategy is what The President’s tariffs against China is all about.

The Trump – Putin summit was an attempt of The President trying to lure Russia away from China and these 12 indictments are “Nothing Burgers” to simply disrupt the Summit.

'F. William Engdahl – De-fanging the Globalist Monster – How The President Plays into Their Agenda -July 17, 2018' have 2 comments