Author of Breakthrough:Transforming Fear Into Compassion

Richard Forer is author of “Breakthrough: Transforming Fear into Compassion – A New Perspective on the Israel-Palestine Conflict.” He has ultra-Orthodox relatives living in Israel. His younger brother is former president of one of the largest Reform synagogues on the East coast and his identical twin brother a prominent member of an ultra-Orthodox sect of Judaism. Forer is a practitioner of the Meir Schneider Self-Healing Method, a unique system of healing developed by an Israeli.

Though not a religious Jew, Forer had been a loyal defender of Israeli policy all his life and zealously supported Israel’s 2006 invasion of Lebanon. In response to what he perceived as growing global anti-Semitism, he became a member of AIPAC, the American Israel Public Affairs Committee.

Angry that two of his most trusted friends resisted his views, and surprised that a long-time Jewish friend would suggest that his opinions were not as factually based as he assumed, Forer began an intensive study of the history of the Israel-Palestine conflict. Determined to discover the facts for himself and with an uncompromising commitment to the truth, he went far beyond his original intention, even challenging his very identity. Reaching into the depths of himself, in a remarkable moment he underwent a spontaneous spiritual transformation in which he awoke to his true identity, beyond the limits of the ego and its enforced loyalties. Feeling how his attachment to Israel had blinded him to the human dimension of the conflict and had led him to reject the other in a heartless way, Forer realized that the true root of conflict is one’s presumed identity and the beliefs and images that emanate from and reinforce that identity, and that these presumptions are false and unnecessary. He discovered that in Truth we are all Muslim and Jewish, Palestinian and Israeli. 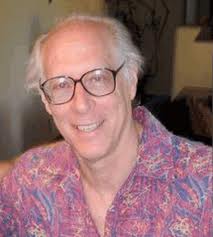 'NEW YEARS DAY SPECIAL: Richard Forer – Awakening to the Suffering of the Other – January 1, 2013' has 1 comment