Author, Speaker and Advocate of State and Individual Rights

Sheriff Mack joined us this morning for a powerhouse hour on states rights, the destruction of the Constitution, the Bill of Rights, state sovereignty and the role of the county sheriff. He tells us why he thinks Rosa Parks was one of the greatest American heros of all time and why Barack Obama is the worst President in American history. The discussion leads into ObamaCare in which Sheriff Mack will not particate and will fight tooth and nail calling it a ridiculous socialistic plan. This is a great show! 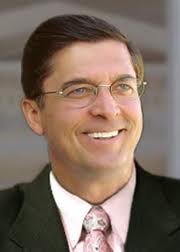 'Sheriff Richard Mack – The Greatest Threat to Us is Not Terrorism, it’s the Federal Government – March 27, 2012' has no comments