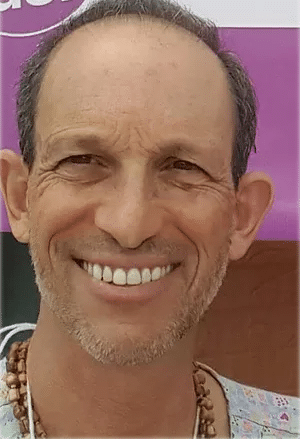 Brother Sage has been a successful Wellness practitioner since 1979. Through the influence and studies with Stanley Burroughs, Viktoras Kulvinskas, Prof. Arnold Ehret and Dr. Ann Wigmore, he became a nutritional educator and worked in the Wellness/Nutritional departments of multiple health food stores in Texas, Hawaii and Colorado. He was a top saleman, representative and leader in nutritional companies for 30+ years. Wrote Healing Water from Within(c)2018. He is currently offering interviews, book signings, coaching, trainings, writings and videos on Orin Therapy.

His published articles, such as “Your Sacred Living Foods and Spiritual Path will not save you from your Mind©2006” has appeared in both the Conscious Connection and Alive and Well Magazines among other prestigious journals offline and online through Brother Sage Facebook page and groups. Visit and subscribe to Brother Sage Youtube Channel.  Plus go to WaterFromWithin for latest posts on Orin Therapy.

Known as the World Famous Foot Man, Voted Best Reflexologist & Masseur to the Stars of Boulder in 2017, one of only three VitaFlex(Reflexology) Master Teachers in the USA & Canada, Father of Hemp Sprouts & Hemp Microgreens Movement 2014 – 2017 and Co Founder of Activated Living Foods, LLC ©2015 – 2017 with Rebecca Gretz and Michelle Quazi.

Thanks to being mentored by Leonard Orr and Sondra Ray in 1980-1990, He offers Sacred “Breath of Fresh Air©2015”  Breathing sessions & Discussion Groups with such topics as Physical Immortality, Self Healing & Aliveness Mastery. As a student of Louise L Hay in 1980, he has been able to offer Affirmations Therapy, Self Love & Self Mastery. Brother Sage also provides Spiritual Purification Experiences, Sacred Ceremonies and Deep Relaxation Sessions which include various body centered techniques, Original VitaFlex and Sacred Breathing Methods. Other sacred methods by request.

Brother Sage founded Inspiration House( Mesa, Arizona), Life Mastery Center( Maui, Hawaii) and The Center of Aliveness ( Boulder, Colorado), is Founder/Director of Divine Presence Ministry, the creator of The Sacred Art of Foot Massage Classes, Youthing & Immortality Master, The Slow Fast Retreat, and founder of the 1979 You’re Worth It! Movement & Famous Green You’re Worth it! Wristbands. Check out his E-book.

Brother Sage on Urine therapy and your own perfect medicine, October 24, 2018

'Brother Sage – Urine Therapy: Drinking Ones Own Waters for Health and Longevity – October 22, 2018' has no comments