The Power of the Ancient Pyramids That is Being Utilized Today

Valery Uvarov is an Author, Member of Geographical Association of Russia, President of UFO Association of Military Officers.  In the last 15 years, there was organized effort in Russia to study Ancient Technologies around the Globe, especially in Egypt.   Multi disciplinary studies conducted by teams of top scientists from Russian academia, researchers, institutes, headed by Mr. Uvarov, led to absolutely amazing results.  He published two books about Pyramids and the Wands of Horus.  He was interviewed by Project Camelot TV. 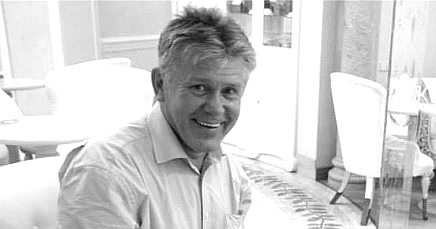 His research brings him to the conclusions that:

Serious trials and tribulations do lie ahead for humanity. Coming events will unfold in close connection with processes taking place on the Sun  which began in late December 2012, when solar activity reached its peak.

The Earth’s human  population is capable of influencing the future in a practical way, moderating the gravity of coming events and moving from passive expectation to positive action.

The technology for exerting such an influence was known and used effectively in the very remote past. It is interesting and useful to us, because it is capable of reducing the impact and consequences of the approaching cataclysms. To employ this technology we will need to undertake a series of practical steps to create a means (tool) of influence.

Ancient wisdom tells us that human beings and the Earth are constructed similarly. The human being has a physical body and so does the Earth. A person has 7 energy bodies and a system of energy channels and the Earth has the same arrangement. It also has acupuncture points on its surface – the “places of power” that are associated with geological faults (channels carrying energy). But in the case of the Earth, the “needles” that should be used are pyramids, the energy flow from which penetrates deep into the Earth’s energy system and is capable of influencing its structure, alleviating tension and local excess build-ups. This idea was one of the main reasons established in deep antiquity that led to the creation of pyramid complexes in a belt around the Earth from East to West. Many of those pyramids have not survived.

The bottom of the pyramid is Yang, the Middle Yin and the top a synthesis and centered in the Third Eye, The Pineal Gland

It is said in the Ancient Texts, “The Shariyat Ki-Sugmad that the Pineal Gland is The Seat of Soul

Mr. Uvarov is involved in a project building a pyramid project that will affect 200,000 students in Siberia

Questions from listeners asked and answered: Ask what effects does his pyramids have (because of the unique materials) that other pyramids made of gold, wood , stone etc may not have? Or do all pyramids have these properties despite the materials?

Inclined beds at a 5 degree angle raised at the head is what Egyptians used. Nowadays inclined bed therapies also show huge benefits. Can you explain a bit more why?  Mr. Uvarov suggests he sees the beds in the ancient pyramids all with the head to the North.  For what that is worth.

how they measure or quantify the range ir distance of influence the pyramid has?

What us the best way to incorporate pyramids into daily life and home.

Valery Uvorov and pyramids and how they can be used in raising ones awareness, July 30, 2018

'Valery Uvarov – The Power of the Ancient Pyramids That is Being Utilized Today- July 30, 2018' has no comments