Andreas explains simply that it is not a disease, but a healing mechanism. He explains bile and why it is so important and why good digestion is key to optimal health and the amazing benefits of flushing the gallbladder and liver. 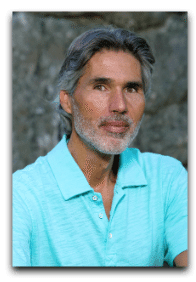 Andreas Moritz is a medical intuitive; a practitioner of Ayurveda, iridology, shiatsu, and vibrational medicine; a writer; and an artist. Born in southwest Germany in 1954, Andreas had to deal with several severe illnesses from an early age, which compelled him to study diet, nutrition and various methods of natural healing while still a child.

By the age of 20, he had completed his training in both iridology – the diagnostic science of eye interpretation – and dietetics. In 1981, Andreas began studying Ayurvedic medicine in India and finished his training as a qualified practitioner of Ayurveda in New Zealand in 1991. Rather than being satisfied with merely treating the symptoms of illness, Andreas has dedicated his life’s work to understanding and treating the root causes of illness. Because of this holistic approach, he has had great success with cases of terminal disease where conventional methods of healing proved futile.

andreas moritz, cancer is not a disease, hour one

andreas moritz, cancer is not a disease, hour two