A typical American growing up in the New Jersey/New York area, Brian likes to joke that he was a pioneer in the field of obesity—he was fat even before many Americans were fat! Raised in an Irish household on the standard American diet of meat, processed foods and sugary sodas, he was unfit and gasping for air every few steps. When he was 20 years old, he was dating a girl whose best friend’s boyfriend was 30—and a vegetarian. Despite the fact he had been more or less educated by his family that the body would die without animal-based foods, the lure of an influential peer inspired him to give up meat in one fell swoop. For the first year and a half, he kept his vegetarian diet a secret from his family. Yet after losing 120 pounds and experiencing the difference in his health, he came out of the proverbial closet (much to his family’s dismay!) and became a complete vegan three years later.

-Dr. Clement comments on the Weston Price and Paleo style diets, citing them as philosophical, not scientific

-The importance of blue/green algaes

-Sprouting chia, flax and other grains

-A word or two on saturated fats

-Changing the digestive tract with clay and probiotics 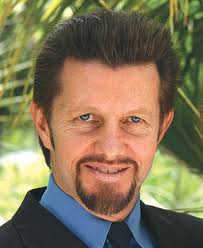