Author of Reducing Your Cancer Risk: A Holistic Approach

Given 6 Months To Live In 1974 And Still Alive Today, This Man Is Living Proof There Are Other Ways To Beat Cancer

Carl Helvie is 86 revolutions around the sun, healthy and busy writing and educating on holistic approaches to cancer and other “disease” 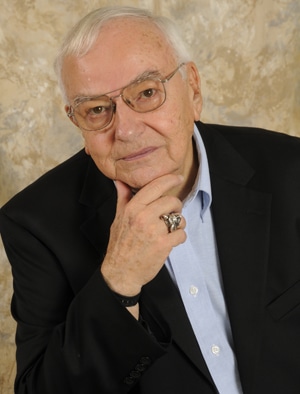 Imagine your doctor telling you that you have lung cancer and you have six months to live, even with conventional medical intervention. That’s what happened to Carl Helvie, a long-time RN and Dr.P.H., more than four decades ago. His doctor recommended chemotherapy and surgery, but Helvie needed time to think and pray. Ultimately, he eschewed the traditional and took a holistic pathway that he now credits with his survival.

Helvie shares advice on how we can reduce our risk through lifestyle changes in his book, Reducing Your Cancer Risk: A Holistic Approach, published by Booklocker Inc. His journey began with persistent dreams that urged him to get a chest x-ray despite a lack of symptoms, which then led to his decision to reject conventional treatment and follow a holistic approach. In recounting his journey, the author has a lot to say about alternative treatment, and he especially emphasizes the importance of pausing before leaping into any particular approach.

“People shouldn’t jump into chemotherapy or surgery if they don’t have all of the information and have a chance to think about it,” Helvie said in a 2015 interview.

Helvie’s book explores cancer, the human body and the environment that brings them together. The author believes it is possible to intervene in the process before these three elements interact to cause disease. His approach: eliminating or reducing the risk of cancer from environmental factors, and employing physical and mental/spiritual activities to fend off thecarcinogens.

For each area of content in Reducing Your Cancer Risk: A Holistic Approach, there is a review of contemporary research studies, as well as a list of steps people can take to avoid carcinogens or strengthen the body. Content areas also include interviews with more than 40 national leaders in areas as diverse as GMOs and EMTs, to gratitude and forgiveness. The book’s how-to section describes such practices as meditation, developing gratitude and faith, making minor changes in diet, drinking water to eliminate risks, and reducing stress.

A prolific author, Helvie has written 10 books, more than 55 articles and has presented 57 research papers throughout the United States and Europe. In retirement, Helvie has focused his research on natural interventions for health issues, which ledhim to develop a nursing theory that has helped him establish a nursing center and improve primary care for homeless and low-income families. Since retiring, he has written two more books and served as the host of a holistic health radio show. In 1999, he was presented the Distinguished Career Award in Public Health from the American Public Health Association. He has been interviewed on more than 150 radio and television shows about his two most recent books. He recently founded the Carl O. Helvie Holistic Cancer Foundation, where he serves as CEO.

Mr. Helvie had dream experiences that led him to even check on his lungs for cancer and sure enough, it was there on the x rays

He refused the offered therapy of chemo et al and was guided to a Natural Doc who had his license taken away, naturally, and showed him the way to healing the cancer cells.

He immediately went to a Vegan diet as well, 75% raw, along with Laetrile and almonds daily

Mr. Helvie, speaks of a pre screening test one can take to determine a possible issue with Cancer in future years

Mr. Carl Helvie, RN, on his book and life on diagnosis of lung cancer and his cure naturally, April 17, 2018

'Carl Helvie -Cured His Lung Cancer Naturally and Tells Exactly How He Healed – April 17, 2018' has no comments