Chris Wark was diagnosed with stage 3 colon cancer in 2003, at 26 years old. After surgery, he opted out of chemotherapy and used nutrition and natural therapies to heal. He began sharing his story in 2010 with a mission to inspire people to take control of their health and reverse disease by radically transforming their diet and lifestyle. Chris reaches millions of people per year as a blogger, podcaster, speaker and global health coach through his social media channels and his website chrisbeatcancer.com. His forthcoming book Chris Beat Cancer: A Comprehensive Plan for Healing Naturally will be published by Hay House on September 25th, 2018. 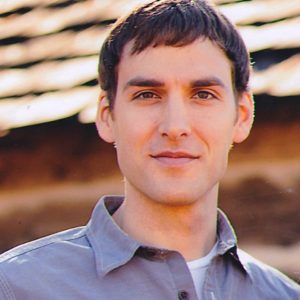 Christopher tells his story going back to 2004 where pains in his gut diagnosed as Stage 3 stomach cancer.  He tells of how he was literally frightened into doing surgery that cut out about a foot of his colon.

He declined chemo, prayed for guidance and soon after received a book in the mail that introduced him to a mostly raw vegan diet to start the process.

He says his spiritual, emotional and mental paradigm gradually changed and feels this is absolutely necessary for healing.

He said he wasn’t a classic “worrier” per se, yet quite stressed out with job etc. and learned how to forgive and consciously change the way he thought about the world

When diagnosed he was told the “Cancer” was spreading to lymph and liver.

He was given a sloppy joe the day after surgery and his surgeon said, when asked about diet, eat what you want, just don’t lift anything heavy for a while.  He knew the system he was in, was not for him

He’s spent many years of research on his book “Chris Beat Cancer” and suggests there’s a massive amount of peer reviewed studies and articles to support vegetables and fruit and healing cancer.

Many African cultures have nearly zero colon cancer. They have a short transit time and also eat plenty of starchy foods like legumes, potatoes and starchy vegetables.

We asked about the notion that sugar feeds cancer cells and does that apply to carrots, for example

Christopher talks about the possible role of animal protein and colon transit time.

He came to the point of saying to himself, “The way I am living is killing me”

Christopher Wark on his story that is now in a book called, “Chris Beat Cancer,” July 31, 2018