Author of Radiation Nation: The Fallout of Modern Technology

The Health Risks of Mobile Technology 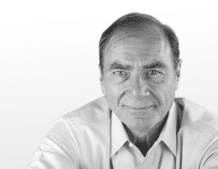 Not only does EMF radiation adversely affect those of us who use mobile devices on a daily basis, but studies indicate that EMF radiation is especially harmful to our children, many of whom begin using wireless communication devices before they learn to talk, says DeBaun, who with son Ryan co-authored the book, Radiation Nation: The Fallout of Modern Technology. DeBaun says that a recent study of 350 children aged 6 months to 4 years found that nearly all the children (96.6%) used mobile devices and most started using them before age 1.

In Radiation Nation DeBaun summarizes the latest scientific research linking EMF radiation exposure to everything from minor pains like headaches, to very serious concerns, such as fertility problems and cancer. Researchers found those males who used laptops for only a few hours showed reduced sperm count; women who placed cell phones in their bras developed tumors in the breasts; regular cell phone users have developed rare forms of brain tumors, says DeBaun.

Even though EMFs emitted from mobile devices can affect our biology, DeBaun says that doesn’t necessarily mean that we have to give up our gadgets. Fortunately, there are simple and effective steps we can take to minimize the risks posed by EMF emissions, and we explain those steps in the book, says DeBaun.

The original cell phones used an analog signal, which was digitally encoded and then transferred from cell tower to cell tower and decoded at the receiver’s phone.

Now, the signal is entirely digital, and it’s on/off, on/off.  Manufacturers keep improving the digital capacity to take advantage of the band width in the wave.

Original concern about cell phones was about the thermal impact.  Microwaves heat up water in cells by oscillation.  RF signals have the same effect on brain cells.  Cell phone standards were set up to prevent thermal damage and were based on the impact on a 6 ft. male occasionally using the phone, i.e. 5-10 minutes a day of use.  Were concerned only with thermal damage and assumed there was no biological impact.  But the biggest damage is biological.

Thermal damage is when something bad happens from heating up.  Biological damage impacts the function of the cell and causes long term damage.   Using a cell phone interrupts the creation of melatonin.  Thermal damage is not the issue with digital cell phones.

A cow in a field is not transmitting RF.  A cell tower a mile away is transmitting to the cow, but it’s a long distance away.  But if the cow picks up a cell phone, it is then transmitting a RF signal back to the tower.  The cow is then impacted by the danger of RF.  The danger to a person is when the cell phone is directly touching the head.

Wi-fi is also a RF signal, but the power level is different than a cell phone.  Wi-fi can go 500 ft, but the RF from a cell phone can go 5 miles.  If in a car, best to use bluetooth to connect to the car, and the car then connects to the cell tower.

Are 3 levels of power transmitters, really low, intermediate, and when far away from the cell tower.  A cell phone emits lowest RF when closest to the tower.  It maxes out at 1.6 watts when far away.

Wi-fi devices are using a cell tower connection when outside.

The penetrance of RF goes completely through the head of a 6 year old child because its skull is thinner and there are fewer barriers to resistance.  The concern is the biological problem.  Concern with carrying a cell phone on pants because it’s close to the body and vulnerable soft tissue.  A $25 million toxicity study said toxicity from cell phones is signficantly increased.  Have a 2% increase of cell deterioration with heavy exposure.  The biological impact is clear.  2% increase in brain tumors.  More exposure, more cell deterioration.

We don’t know the long term impact of these things.  It took 30 years for the dangers of cigarettes to become known to the public, and it took going through the courts.  Same parallel with RF dangers.

WHO considers RF exposure to be Category 2B carcinogenic – the same as arsenic.

It’s not common knowledge that RF is dangerous.

Research shows that after a boy is exposed for 2 hours to a cell phone, 25% of his sperm is immobile.  For females, RF will penetrate to the womb.  Eggs can get damaged  and the damage can get transmitted to the upcoming generation.  More danger of side effects to soft tissue.

Elizabeth asks whether there are federal mandates to local municipalities where they don’t have a choice about whether there is a 5G transmitter in their community.  Is the use of GPS or personal assistants like Siri used as justification for installation of 5G?

Costs millions of dollars to maintain the copper phone network.  Telephone companies are buying up wireless networks, eventually we won’t be able to get copper phone landlines.

It’s very easy to reduce exposures.  80% of danger is taken away by keeping a cell phone 1 foot away from the head. Limiting duration is another factor.

1 bee won’t kill you, 1000 bees will.  Remove the number of transmitters in a room.  Turn off routers at night.  Get it out of your bedroom, at least 20 ft or more away.

In a car with a GPS system, make sure cell phone is not close to you.  If you don’t have a cell phone, you’re not getting zapped.

Daniel DeBaun on the proven health risks of mobile devices, comprehensive talk on the subject, June 22, 2017