We learned of Dr. Andreas Kalcker through our recent guest Kerri Rivera, who has been using his protocol for treating parasites in autistic children thus reversing their symptoms. This interview is a real eye opener and brings understanding to how vaccinations play a role in autism. So why don’t all children exhibit autistic symptoms after vaccination? The answer will fascinate you. Dr. Kalcker elaborates on the how’s and why’s and continues our conversation on chlorine dioxide. Please pass this show on to everyone you know. There’s quite a bit of spine tingling information here.

-Chlorine dioxide or MMS as it is also known: What is it and how does it work? Is it dangerous? Can too much be taken? How does it help heal the body? Dr. Kalcker has the details

-50 years ago 1 in 10,000 children had autism, now it’s 1 in 50. It can’t be genetics, so what is the cause. Dr. Kalker makes the link between the cross reaction between vaccines and parasites as 1 in 4 have parasites. The cure….getting rid of the parasites

-Dr. Kalker explains oxidation and anti-oxidants. Be prepared to throw all your knowledge about anti-oxidants right out the window. Finally, it all makes sense.

-So where do parasites come from?

-Getting stronger stomach acid naturally. It’s not just all about diet. After all, why can some of us eat anything and live to 105?

-How does chlorine dioxide affect the good bacteria and flora in the gut? 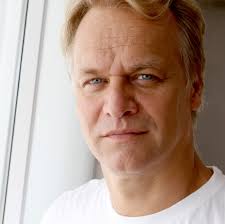 'Dr. Andreas Kalcker – Reversing the Symptoms Known As Autism By Dealing with the Parasites First – October 8, 2013' have 6 comments