The Cure for Heart Disease

Is there anything we worry about more as we age than heart disease and heart attacks?

Now, thanks to courageous cardiovascular surgeon, Dr. Dwight Lundell, who held 5,000 hearts in his hands spanning 25 years, we learn the facts about heart disease and how we have far more control over our health than we realize.

Dr. Lundell joined us this morning to explain the real cause and cure of heart disease. And we’ll give you a hint: It’s not caused by saturated fat. Tune in to this very informative interview and pass it along to those you love. 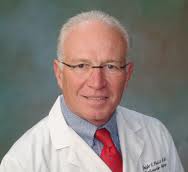 Dr. Lundell was a pioneer in “Off-Pump” heart surgery reducing surgical complications and recovery times. He’s in the Beating Heart Hall of Fame and has been listed in Phoenix Magazine’s Top Doctors for 10 years.

He was one of the founding partners of the Lutheran Heart Hospital which became the second largest Heart hospital in U.S. and is now owned by Banner Health

As a recognized leader in his field, Dr. Lundell has consulted and advised for a variety of leading medical device manufacturers such as Cardio Thoracic Systems, Inc. before and after it’s acquisition by Guidant Corporation. He advised St. Jude Medical on tissue valve implantation and marketing. For A-Med, Inc., he consulted on, conducted, and published the first clinical study on miniature pumps for heart support. He co-authored a clinical study validating key technology for Coalescent Surgical, which was subsequently acquired by Medtronic, Inc.

In 2003, Dr. Lundell left his successful thoracic and cardiovascular surgical practice after 25 years to open a clinic to test his theory that inflammation in the arteries was the cause of heart disease, a theory traditional medicine saw as heresy disputing the cholesterol theory.

Leaving surgery brought a freedom to refocus his career writing books and articles, presentations, interviews and speeches to educate on inflammation and how to prevent and reverse heart disease through nutrition and lifestyle changes.

He is the author of The Cure For Heart Disease and the e-book, The Great Cholesterol Lie.

dr dwight lundell, the cause is the cure for heart disease, april 3, 2012