Homoeoprophylaxis – a Proven Alternative to Vaccination
Isaac Golden has been a homoeopathic practitioner since 1984 and has been teaching homoeopathy for 24 years. He is founder and Director of the Australasian College of Hahnemannian Homoeopathy which has offered distance education courses in homoeopathic medicine for over 10 years. In April 2000 he established the Homoeopathy International Online College to teach simple courses in homoeopathy and natural medicine directly through the Internet.
In his own practice, Isaac specialises in treating patients suffering from chronic disease using constitutional and anti miasmic homoeopathic treatment. In particular, he specialises in the treatment of vaccine damaged children, and especially children who have been diagnosed as being on the autistic spectrum.
Isaac is a world authority on homoeoprophylaxis – the use of homoeopathic medicines for specific disease prevention , and has undertaken the world’s largest long-term study of parents using such a program. He graduated from the PhD program at Swinburne University, Melbourne, to research homoeoprophylaxis in 2004.
http://homstudy.net/ 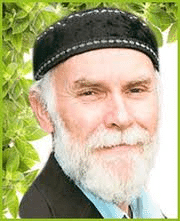 -Vaccination and immunization mean 2 totally different things; one can be immunized without being vaccinated; Dr. Golden explains

-Homeopathy is based around the Law of Similars; Dr. Golden explainsHomoeoprophylaxis – a proven alternative to vaccination

-The role of adjuvants in modern day vaccines; why vaccines wouldn’t work without the preservatives and adjuvants

-Is there proof that homoeoprophylaxis works as well or maybe even better than vaccination?

-Dr. Golden tells us about the impressive health care system in Cuba

-Link for the conference in Texas onhomeoprophylaxis

'FROM THE ARCHIVES: Dr. Isaac Golden – Homoeoprophylaxis: A Proven Alternative to Vaccination – March 17, 2015' have 2 comments