Integrating Allopathic and Alternative Methods for Cancer Treatment and Prevention 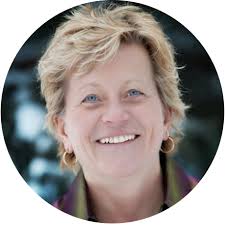 Dr. Alschuler is widely recognized internationally as an expert in cancer treatment and prevention and is a sought-after speaker to physicians, patients, and the general public. She makes regular media appearances and has received professional recognition and awards for her work in integrative medicine. In 2014, Dr. Alschuler was awarded Physician of the Year by the American Association of Naturopathic Physicians. Also in 2014, Dr. Alschuler recieved an honorary doctorate from Canadian College of Naturopathic Medicine and was awarded the Pizzorno Founder’s Award by Bastyr University. She is a recipient of the President’s Award from the Oncology Association of Naturopathic Physicians and was named as one of the “Naturopathic Elders” by the Canadian College of Naturopathic Medicine. When practicing in Seattle WA, Seattle Magazine recognized Dr. Alschuler as one of Seattle’s “Top Doctors”.

In 2008, Dr. Alschuler was diagnosed with breast cancer. She underwent surgery, received chemotherapy and radiation and remains on hormonal treatment. She has integrated natural supplements, diet, exercise and other lifestyle changes throughout her treatment and, as a result, she has felt like a healthy person with cancer and a healthy person receiving treatment. She has fully recovered from her treatments and remains dedicated to an integrative prevention of recurrence plan. She has incorporated the learnings of her own experience with cancer into her work with others facing the challenges of this disease. Dr. Alschuler is licensed as a naturopathic doctor in Arizona and New Hampshire. She calls Chicago, IL and Tucson, AZ home.