Greg Caton has worked extensively in “designer foods,” as well as alternative medicine and nutrition products since 1981. He graduated from L.A. Valley College, is a U.S. Navy veteran, and the author of three books, Lumen: Food for a New Age, MLM Fraud(1991) on corruption in the multi-level marketing industry and the tools to identify the work of its perpetrators — since banned in the U.S., and the online book, Meditopia®.

In 1995 he created Alpha Omega Labs, which became a provider of over 300 alternative health products with 14distributors around the world, before its closure by the U.S. Food & Drug Administration in September, 2003. It successfully reopened in Ecuador in June, 2008.

-Greg recounts the lawlessness of the United States government and how he was abducted and thrown in jail for 21 months.

-There’s no place for truth in the federal system. Greg was once one of the 10 most wanted men in the world.

-Black salve is a cancer cure and has been suppressed for a long time. Greg and his wife brought it out to the public in the ’90s

-Black salve and skin cancer. In 1858, it was announced as a cancer cure. Why has it been suppressed?

-The suppression of natural remedies has become increasingly common

-What is black salve made of and how does it work? Can it be taken internally?

-On what grounds was Gregs business destroyed?

-Hydrogen deficiency: Could understanding this be the key to longevity?

-Greg shares some ideas about getting rid of parasites

-Does Greg think the zappers and rife machine are effective?

-What’s the difference between the Russian zappers and some of the zappers found in this country?

-What does Greg think of liver/gallbladder flushes? 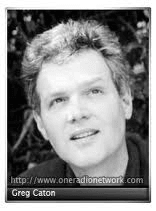 'Greg Caton – The Great American Medical Holocaust; the Tyranny of the FDA and the Suppression of Natural Remedies – October 28, 2013' has no comments