Working Toward a GMO Free USA 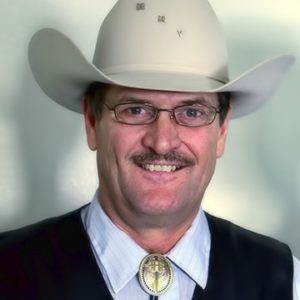 Howard Vlieger is a third generation family farmer who has been a “student of the soil,” studying why and how the soil works as it does, since 1989. Howard lives on the family farm where he was born and raised in northwest Iowa, and assists his son with some of the farming duties. Since 1992 Howard has been a crop nutrition adviser and has founded two companies to help family farmers reduce their dependency on chemical-based farming and transition to biological and/or organic production. Howard now works and teaches as an independent crop nutrition advisor, helping both crop and livestock farmers all across the U.S.
Howard works with scientists and researchers around the world to develop effective solutions, based on the latest science, for the real-life problems farmers are experiencing because of GMO crops and glyphosate. Howard is a co-author and the primary coordinator of a first of its kind scientific study: the feeding of GMO grain and non-GMO grain to hogs for their lifetime as a meat animal. Howard is an internationally recognized speaker on the topic of GMOs.
Howard also serves on the board of directors for the Farm and Ranch Freedom Alliance (FARFA) and the Council for Healthy Food Systems (CHFS), FARFA’s sister 501c3 organization. His greatest accomplishment is that of being a Christian husband to his wonderful wife Pamela of 32 plus years, a father of 3 young adult children and proud grandfather of one.

-Problems with today’s food: lack of nutrient density, the challenge of foreign protein in all GMO foodstuffs, and toxins such as glyphosate, fluoride, and heavy metals.

-The immune system is on constant alert against foreign proteins. Constant exposure to GMOs taxes it and leaves it susceptible to challenges.

-How much of a problem is GMO contamination of organic food? Not only drift issues, but also soil contamination.

-Howard believes the ultimate fate of glyphosate will be the same as DDT, but it won’t be easy.

-Much higher levels of glyphosate residue in sows that had miscarried than in the foodstuffs they were fed.

-Will US farmers connect the dots between GMO commodity production and poor health?

-Let your congressman know your stand on GMOs.

-Sulfur as protection against GMOs.

Would you like to know if you have glyphosate in your drinking water supply?

Would you like to know if you have glyphosate in your urine?

Now you can answer these questions for a very affordable cost. Health Research Institute (HRI) Lab is a new state of the art facility. HRI utilizes the HPLC MS MS testing methodology which is recognized by the scientific community as the Gold Standard of testing. HRI has ISO 17025 Accreditation pending which is an additional recognition of excellence.

HRI is now offering the testing of either drinking water or urine for glyphosate and AMPA residue at the very affordable cost of only $99.

As many people know, glyphosate is the active chemical ingredient in Roundup herbicide (weed killer). Glyphosate based herbicides are the most widely utilized herbicides in the world.

If you would like to order either a water or urine (all species) analysis kit(s), simply go to this link https://health-research-institute.net/mailorder/

Fill out the necessary information, make the payment with either a credit card or debit card. The kit(s) will be direct shipped to you with paid return postage (within the US). There will be step by step instructions on how to collect and ship the sample.

As soon as the analysis of your samples in completed you will receive the results via email.

To learn more about this issue and the negative affects on health, click here!!