That there is a connection between the psyche and disease is neither a new discovery, nor is it Dr. Hamer’s discovery. To quote Dr. Hamer:

“Through the millennia, humanity has more or less consciously known that all diseases ultimately have a psychic origin and it became a “scientific” asset firmly anchored in the inheritance of universal knowledge; it is only modern medicine that has turned our animated beings into a bag full of chemical formulas.”

Welcome to Dr. Hamer’s page on The German New Medicine.

If this is your first visit, the following will serve as a short introduction:

Twenty years ago, Dr. Ryke Geerd Hamer, a German doctor with his own practice in Rome, Italy, received a call in the middle of the night. His 17-year old son had been shot while on holiday in the Mediterranean. Three months later, Dirk died and shortly after, Dr. Hamer, who had been healthy all his life, but who was utterly devastated by this catastrophe, found he had testicular cancer. Rather suspicious about this coincidence, he set about doing research on the personal histories of cancer patients to see whether they had suffered some shock, distress or trauma before their illness.

In time, after extensive research of thousands of patients, Dr. Hamer was finally able to conclude that disease is only brought about by a shock for which we are totally unprepared. This last point is very important. If we can in any way be prepared for the shocking event, we will not become ill. In fact, Dr. Hamer does not like to say ‘cancer’. Rather, it is a special biological response to an unusual situation, and when the ‘shock’ situation is resolved, the body sets about returning to normality. This is a very simplified account, of course. The books explain in detail the complete process.

He presented his work to the university in Germany with which he was affiliated. Without testing or proving his hypothesis, they asked him to deny his findings. Since he could not possibly contemplate denying what he had scientifically proven beyond the shadow of a doubt, he refused. As a result, his licence to practice medicine was withdrawn and the situation remains unchanged to this day. Even though the University of Tubingen was ordered by a court of law to hold tests to prove the theories, they have never done so.

Dr. Hamer’s life has been a turmoil of events ever since, culminating in an eighteen-month prison sentence in Germany, served in cells with common criminals. Much of the opposition he has had to face has come from the fact that the person who accidentally killed Dirk was the Prince of Savoy, the last King of Italy’s son. A complicated, difficult and delicate situation, as anyone can imagine.

Dr. Hamer believes very strongly that the present methods of dealing with cancer are barbarous, cruel and completely unnecessary. This opinion does not make him many friends.

Since the discovery of the German New Medicine in 1981, Dr. Hamer has written several books on his medicine and his extraordinary findings. Some of the books have already been translated into several languages, and the work continues. Many physicians in Europe covertly practise his medicine, recognizing its exceptional diagnostic capability. (continue reading) 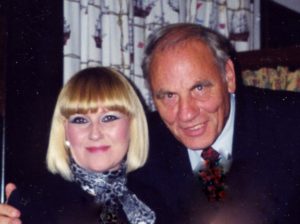 Ilsedora Laker, the first Canadian German New Medicine educator and consultant authorized by Dr. Hamer, resides in Toronto, Canada, where she pioneered the introduction of the German New Medicine, and continues to train medical and lay specialists in its practice throughout North America. Ilsedora is also instrumental in introducing Dr. Hamer’s work to South America, Hawaii, Australia, New Zealand, China, Taiwan and Japan.

Ilsedora discovered the work of Dr. Ryke Geerd Hamer in 1992 through a colleague at Herbs and Health Holistic Centre in Toronto. Subsequent investigation of the work of Dr. Hamer and application of his research to her clinical cases proved to Ilsedora over and over again that Dr. Hamer’s findings are accurate.

In 1998, Ilsedora was introduced to Dr. Hamer and, at his request, sponsored his first seminar in Canada. After this event, she became his student and shortly thereafter was entrusted by him with overseeing the translation of his thesis “The Summary of the New Medicine” first published in German in 1994, in English in 2000, which is now available through her office and her web site.

As Ms. Laker uses the term psychic, she and Dr. Hammer are referring to who we are, Soul

The pathway for disease is Soul- Brain – Organ

A shock, an un-expectant  trauma may just be the starting point for all disease

Soul’s reaction to this un-expectant shock plays an essential role in the whole process of disease.

Most often when the shock/trauma is dealt with, the lessons learned etc. the “disease” process kicks in

Dr. Hamer received information from his son, who translated from a shooting, on how this all works

Some of the emails asked and responded to:

I was left in a tree house by my 5 year old sister when I was only 2 and we have no idea how long I was up there before my mother noticed. I’m 66 and have MS issues in my legs and have had some MS issues since I was in my early 20’s with optic neuritis. Knowing this was probably the shock that set me up, How on earth to I get beyond it?

Please ask if Iodine makes the thyroid less active … I take Nature Thyroid 2 grain… and I had a radioactive iodine pill to kill thyroid as I was hyper.

are the emotions stored in the organs?

So per New German Medicine, a shocking unexpected traumatic event in life can manifest as a physical illness.  Does such an event always result in illness?  What is needed to resolve the issue, perhaps daily meditation or the prayer that asks to have the strength to change what you can and the ability to accept what you can’t change, and the wisdom to learn the difference?

A similar trauma to an earlier trauma can also flare up an illness condition; is this true if the original trauma is not remembered or even if it occurred in our ancestors?

Does this work in reverse?  If we experience an unexpected joyful event, will similar occurrences spark happy feelings even when we don’t recognize the source?

Please ask your guest what are the emotional traumas, if any, on the development of neurodegenerative disease (multiple sclerosis).

I had a head CT scan without and with contrast taken 10 years ago. Would it be worthwhile to have someone interpret it for signs of brain foci (HH), and could you recommend someone who could do the interpretation?

How does this play into working with, for example, child abuse?

Is German New Medicine similar in any way to The Emotion Code, EFT or Recall Healing

How does German New Medicine explain congenital diseases? For instance, my thyroid never descended properly during fetal development and the thyroid tissue become a thyroglossal duct cyst in my upper throat when I was a baby.