Author of How to End the Autism Epidemic

“Vaccines are one of the primary triggers in Autism.”

Father of Autistic child talks about his son, the family’s journey and the stunning evidence that is clear that vaccines are a key factor in Autism.  The only thing here that is controversial is the fact the the FDA,CDC. HHS and Big Pharma are systematically withholding critical evidence on how dangerous these vaccines can be.

Since the early 1980s, the number of vaccines given to children has nearly quadrupled— and the autism rate has gone up more than 30,000 percent during the same time period. For American children, the current autism rate is 1 in 36. The autism epidemic is real. In How to End the Autism Epidemic, Generation Rescue cofounder and father of a vaccine-injured, autistic child, J.B. Handley presents emerging scientific evidence linking vaccines to immune activation events in the brain. In doing so he delivers an unsparing, timely indictment of the American public health establishment and a direct challenge for the CDC to respond, once and for all, with real information and real studies into the cause of autism—without which we will never end this devastating epidemic.

J.B. Handley is the co-founder and chairman of Generation Rescue, a non-profit organization focused on helping children recover from autism that was inspired by the journey of his son, Jamison, who was diagnosed with autism in 2004. He is also the co-producer of the documentary film Autism Yesterday and the co-founder of the Age of Autism blog. Handley co-founded Swander Pace Capital, a middle-market private equity firm with more than $1.5 billion under management where he served as managing director for two decades. He is an honors graduate of Stanford University and lives in Portland, Oregon, with his wife, Lisa, and their three children. His new book is How to End the Autism Epidemic (Chelsea Green Publishing, September 2018) 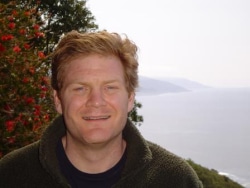 Mr. Handley talks about the devastating symptoms and day to day life with a sixteen year old Autistic child

Early on when they understood the relationship to the gut and Autism, major breakthroughs happened.

There were only 3 vaccines routinely given in 1985, today there are 11 given three times each all at a young age = 30+

Vaccines are a key trigger to children getting Autism, September 18, 2018

'J.B. Handley – Author of How to End the Autism Epidemic – This is No Longer a Controversial Issue, It’s a Criminal One -September 18, 2018' has no comments