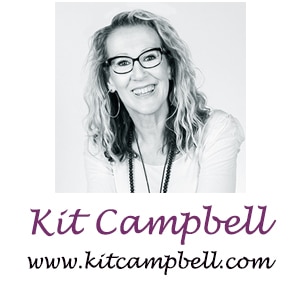 Kit has done deep research with personal experiences in all manners of  gastrointestinal imbalances, the connection between Candida and Cancer, and much more – We believe we will have a plethora of great insights for your listening and dancing pleasure with this two hour show.  Join us live and look for pod cast Thursday afternoon.

-Oldest cell in our bodies is muscle, which is around 15 years old. Cells continually die and are reborn. Yet we retain the memory of who we are, even though we have all new cells. Cells communicate information to each other.
-Kit had tummy problems from 3 months old. Diagnosed with ulcerative colitis at 12 and a year later with Crohn’s Disease.

-Cells move either into growth or into fight-or-flight. We can change the DNA pattern by our environment.
-Why is the gut so sensitive to worry and stress? The body is all around the gut. The villi are very sensitive.
-If we’re in a constant state of fight-or-flight, the immune system is suppressed or compromised.

-Tasmania has the cleanest air in the world. Place with the longest distance between two land masses. Tasmania is part of Australia. Lots of fruit and vegetables, as well as sheep and cattle. And now hemp!
-Had bowel removal and further resections. When rectal bleeding started again, she was threatened with more bowel resection. She used alternative healing methods and got her bleeding to stop after a two year journey. Then her husband told her he wanted a divorce, and her bleeding started again. Fell into Buddhism, learned to accept everything and then act, her bleeding stopped within seven days and her Crohn’s was gone.

-Cells in gut renew every 3 days. That is how quickly we can heal.
-If she doesn’t have the symptoms of Crohn’s Disease, does she have the disease? Did she have Crohn’s before she had symptoms? Don’t be so willing to accept the label of a disease.
-Cancer is an adjective that defines a noun. Cancer means the cells are growing abnormally. The cells are fungus.

-We carry around 10 kilos of fungus in us. Their job is to eat the dead organic matter. Candida Albicans is a opportunistic dimorphic organism that can change from its yeast state into its fungal state.

-Being in constant fight-or-flight with cortisol staying at high levels triggers yeast to change into a fungus. Fungus grows a chitin layer and secretes a hydrolytic enzyme acid that breaks down live organic matter, which the fungus then eats and excretes. Fungal cells will keep growing if nothing changes. Cells grow over the fungus and encyst them into little balls. Body starts to grow a capillary network over the little balls (polyps). Fungus can break through and grow again. Will get bowel inflammation and ulceration. When the polyps are snipped in a colonoscopy, can see the white encysted area.

-Candida is transmural. Can go through organ walls and creating diverticulitis and leaky gut syndrome. Candida doesn’t like oxygen. Kit uses Simoncini’s baking soda therapy. For Kit’s bicarb mix, 3 equal parts of bicarbonate soda, ascorbic acid, and magnesium citrate. Mix well, take 1 level teaspoon of the mix in a glass of water. The alkaline solution stunts the growth of fungus, and the magnesium in the mix draws water into the bowel.
-Turpentine dissolves the chitin of fungus. Cannabinoids (CBD) and turpenoids (in lemon rind, garlic, citrus oil, rosemary) also dissolve the chitin layer of fungus.

-The book “A Cure For A Penny” described the Rockefellers using kerosene aerosol to heal tuberculosis in 1913. It was too cheap, they couldn’t make money on it, so they moved into using mustard gas to stop the fungus.
-Human cells move towards food and away from toxins. Fungus loves synovial fluid in the joints because it’s a source of glucose. The mycotoxins the fungus produce, is the arthritis label that is diagnosed.

-Julie asks about fungus in her toes. Does it mean she has fungus elsewhere in her body? If it’s showing outwardly, it’s definitely growing inwardly.
-Signs of fungus in the toes: separation of nail from nail bed because it’s colonized under the nail. Treat topically and systemically. Coconut oil is good.
If you have fungus near your body surface and are taking a bath with too much turpentine, epsom salts and hot water, it will be very uncomfortable. A few drops of turpentine will be fine and effective.
Signs of fungus in the groin area: reddening, skin irritation, rashes, smells. Lumps and bumps in lymph area.
Signs of fungus in the mouth: tongue is coated, usually white, or a color that doesn’t go away. Do a saliva test. First thing in morning while still in bed, put tongue scrapings into a glass of water. If they fall quickly, you have fungal activity. Also mouth ulcers and gum recession.

Signs of fungus in the ears: tinnitus and a lump behind the ear.
Signs of fungus on the scalp – get moist white debris under the nails when you scrape the scalp and it has a smell. Apply a mix of equal parts bicarbonate and natural shampoo to wet hair, massage into the scalp, leave on for 3 minutes. Will get tingling if you have fungus. Rinse off.

-Mucus in the stools can mean inflammation in the gut. It can also mean an inability to break down dairy produce, or too much dairy intake.
-Are fungi part of breast cancer? Kit says all cancer is fungus.
-Fungus is a secondary effect to a primary cause. The cells are behaving abnormally. Don’t get scared hearing a diagnosis, find the primary cause. Stop feeding the fungus. Grain and sugar feed fungus. Change how you react in fight-or-flight. Reduce stress reactions.
Keep the bowel moving. Loads of clean water. Cleanse. Fasting is effective at getting balance back. Turpentine die-off can be quite unpleasant. Want good oxygenation. Breathe deeply.

-What Kit does for herself: Takes turpenoids, including coconut oil. Daily drink of bicarb mix with liquid thuga and turmeric liquid herbal supplements, blood root tincture. Plus CBD oil. Turmeric is anti-inflammatory because it’s a terpenoid and dissolves the chitin layer of the fungus, enabling the immune system to destroy it.

Use Promocode ONERADIO40 for The Irritable Brain Syndrome

Kit Campbell The Mind Body and the Fungus Cancer Connection, August 3, 2017 ONE