But Cult Leaders Excoriate NHF for Having Challenged its False Religion

There’s one group that attends the meetings with Codex Alimentarius.  This is a political organization our political hero’s have given the power to control food standards and nutritional supplements.  This includes allowable drugs and chemicals fed to animals humans regularly consume…and what your pet consumes.  This is the

Imagine a drug for animals that has no purpose other than to bulk up that animal with muscle so that when it is slaughtered, the rancher (or more likely the ranch industry) can make a few extra dollars off of each animal. The drug has no health benefits, but instead has health detriments, not only for the poor animals but for the poor humans who then unknowingly consume its residue-tainted meat. Add one more toxic residue to the synthetic stew that nowadays comprises the typical human diet.
Meet Zilpaterol
Like its evil twin ractopamine, zilpaterol hydrochloride (tradename Zilmax®) is a betaadrenergic agonist (bAA) drug that is given to cattle and other food animals to take nutrients away from fat production and push them instead into muscle, creating a leaner and ostensibly more-valuable animal. Zilmax is about 125 times more potent than ractopamine.1 Although not a steroid, the drug does have steroid-like effects on animals and humans alike. These effects, though, can be devastating.
The drug company Merck, which holds U.S. Patent No. 8,580,772 for Zilmax, had widely marketed and sold the drug in Canada and the United States for many years, after its approval by the U.S. Food and Drug Administration. In fact, its annual sales in North America were $159 million in 2012,2 before Merck responsibly suspended sales of Zilmax in 2013 due to broad health concerns about cattle hooves falling off and even worse.
Unfortunately, the “even worse” part of zilpaterol’s “adverse unintended consequences” is “the cumulative risk and incidence rate of death was 75 to 90% greater in animals administered the bAA compared to contemporaneous controls.”3 Not to even mention that, in humans, elevated heart rates, arrhythmias, myocardial infarctions, and deaths have resulted from bAA drugs.4
Another study, published in 2018, confirmed that zilpaterol hydrochloride administration to cattle predisposes them to cardiac disease.5 Despite attestations to the contrary, then, zilpaterol given to cattle can be harmful both to the animals and to humans consuming their meat. So, why, then, does Merck irresponsibly and dishonestly pursue establishing a Codex Alimentarius standard for residues in meat? (continue reading)

The National Health Federation is the World’s first health-freedom organization—and the ONLY one able to speak, submit scientific research, and actively shape global policy at international meetings of Codex Alimentarius, which means “food code” in Latin. NHF protects the health and health freedom of 7 billion people on the Planet. 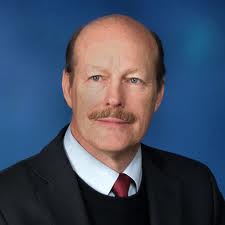 All the treaties the U.S. signs up for uses CODEX as a road map.  If a Country doesn’t want food stuffs, for example, because they are toxic, if CODEX has approved these chemicals…the dispute is labeled as unfair trade practices.

Some of the Countries with the best track recording in protecting consumers is India, Russia, Iran, Malaysia.  The worse are New Zealand, Australia and the United States.

We get a big picture painted by Mr. Tips of the future of Glyphosates

Another good website to visit is   Green Med Info

Scott Tips with the Natinal Health Federation with amazing stories of happenings at CODEX, July 19, 2018

'Scott Tips – Victory at Codex Over Dangerous Vet Drug! But Cult Leaders Excoriate NHF for Having Challenged its False Religion – July 19, 2018' has no comments