Founders of The Truth About Cancer

The Truth About Cancer®: A Global Quest Docu-Series 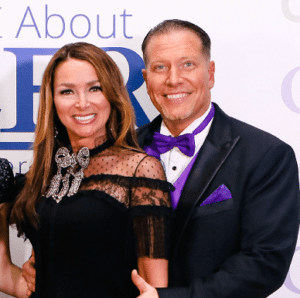 Ty M. Bollinger is a Christian, happily married husband and father, health freedom advocate, cancer researcher, former competitive bodybuilder, documentary film producer, radio show host, and author. After losing several family members to cancer, he refused to accept the notion that chemotherapy, radiation, and surgery were the most effective treatments available for cancer patients. He began a quest to learn all he possibly could about alternative cancer treatments and the medical industry. What he uncovered was shocking.

Ty first brought his discoveries to the public in the best-selling book Cancer: Step Outside the Box. He has also co-authored other books on alternatives to conventional medicine. The two groundbreaking documentary series on cancer treatment he has produced—The Quest for the Cures (2014) and The Truth about Cancer: A Global Quest (2015)—have been viewed by more than 10 million people worldwide. Ty has now made it his life mission to share the most remarkable conclusion he has drawn from his quest: the vast majority of all diseases, including cancer, can be easily prevented and even cured without drugs or surgery.

The Truth About Cancer®: A Global Quest Docu-Series

Ty and Charlene experienced many family members who translated with this thing called “Cancer” and that set them on a journey to dig and and do this work of educating inquiring Souls.

We ask Charlene what she would do if she discovered a lump in her breast. and a listener asks Ty:

If Ty was diagnosed with cancer, what treatment road would he choose to go down? Personally, I would choose the Dr Beard, Kelly, and Gonzalez enzymes, detox, and specific diet route. Also, with all of Ty’s research, why do we get cancer? Did Otto Warburg pretty much nail it? Low Oxygen, then the cell ferments sugar, then lactate acid builds up, then cancer?

We talk about the root canal breast cancer connection

The Truth about Cancer with Ty and Charlene Bollinger, October 2, 2018

'Ty and Charlene Bollinger – Founders of The Truth About Cancer – Can You Handle the Truth? – October 2, 2018' has no comments