The Cholesterol Myths: Exposing the Fallacy that Saturated Fat and Cholesterol Cause Heart Disease

“LDL Cholesterol is needed to work with the immune system protecting from infections….”

“Cholesterol is your friend……” 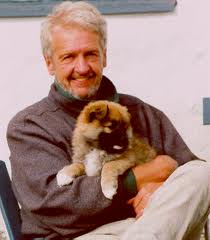 Uffe Ravnskov was born 1934 in Copenhagen, Denmark. He graduated in 1961 from the University of Copenhagen with an M.D, but has worked most of his time as a clinician and a researcher in Sweden, where he got his PhD from the University of Lund. He has published more than 100 papers and letters critical of the cholesterol campaign; most of them in major medical journals. Honoured by the Skrabanek Award 1999 given by Trinity College of Dublin, Ireland for original contributions in the field of medical skepticism, and by the 2007 Leo-Huss-Walin Prize for Independent Thinking in Natural Sciences And Medicine. He is a member of the editorial board of two medical journals and is the creator and spokesman of THINCS, The International Network of Cholesterol Skeptics (www.thincs.org), an organization that includes more than 100 researchers and other university graduates from all over the world. More details about Uffe Ravnskov are available on www.ravnskov.nu/uffe

This latest quote from the pro Statin and conventional cholesterol theory is:

The 2018 guidelines emphasize that having high cholesterol “at any age” significantly increases the risk of cardiovascular disease and recommends early risk assessment, even among children and young adults. “While there is no target for ideal LDL cholesterol levels in the general population, the guideline recognizes, in principle, that lower is better,” said Benjamin.

Dr. Ranvnskov says mostly ignored research says that the above is totally wrong

Virus and Bacteria are the key factors in hear issues not the LDL number, this something the medical model misses completely

There appears to be “Risk Markers” for younger folks with high cholesterol numbers, but probably involves stress, the immune system and virus and bacteria components.

The HDL and LDL numbers are meaningless without infection co factors. LDL actually works with the immune system to protect from infections

The higher the cholesterol number in folks over 65, the longer they live

Dr. Uffe Ravnskov and the how’s and Why’s Cholsterol is your friend, November 13, 2018

'Uffe Ravnskov – The Cholesterol Myths: Exposing the Fallacy that Saturated Fat and Cholesterol Cause Heart Disease – November 13, 2018' has no comments