The Anunnaki’s Involvement in Human History

Sasha Lessin, Ph.D., author of Anunnaki: Gods No More and producer of the hugely popular web site, www.enkispeaks.com, studied with the late Zecharia Sitchin, for many years. Mr. Sitchin asked Dr. Lessin to create popular courses to revise ancient anthropology and add the aliens, the Anunnaki, on Earth from 450,000 – 300 BCE.

To appreciate ethnology, Lessin’s specialty in Anthropology, he invites you to empathetically review stories our ancestors recorded and recited of Extraterrestrial (ET) gods. The people of the ancient world described the gods as giant humans with what we would call Tesla technology, spacecraft, weapons of mass destruction and interplanetary travel charts. The tale that these gods created us is true, they weren’t gods, they were just big people.

Janet Kira Lessin, is a lifelong scholar, an experiencer of Extraterrestrial and interdimensional contacts, and a student of Sitchin. She immersed herself in studies of Ninmah the Anunnaki and receives direct downloads from Ninmah, the geneticist from whose womb we all received our mitochondrial DNA. Janet expresses Ninmah Consciousness: peace, longevity, respect for consciousness, justice for women Earth, and membership in galactic society. 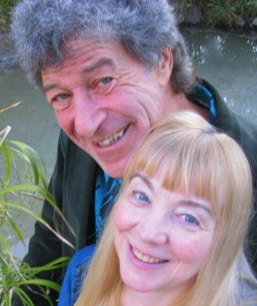 sasha and janet lessin on the mouth breathing anunnaki, january 26, 2016