Founder of The Morgan Report and Top Authority in Silver Investing 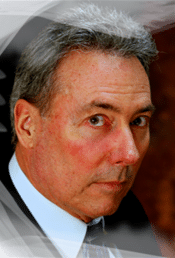 A precious metals aficionado armed with degrees in finance and economics as well as engineering, he created TheMorganReport.com website and originated The Morgan Report Newsletter, a monthly that covers economic news, overall financial health of the global economy, currency problems, and the key reasons for investing in precious metals.

David considers himself a big-picture macroeconomist whose main job is education—educating people about honest money and the benefits of a sound financial system.

His ideas can be seen in the movie Four Horsemen, a Feature Documentary. Watch the full length video below.

A dynamic, much-in-demand speaker all over the globe, David and his team are currently writing another book about silver and the current economy.As publisher of The Morgan Report, he has appeared on CNBC, Fox Business, and BNN in Canada. He has been interviewed by The Wall Street Journal, Futures Magazine, The Gold Report and numerous other publications.Additionally, he provides the public a tremendous amount of information by radio and at times writes in the public domain. You are encouraged to sign up for his free publication which starts you off with the Ten Rules of Silver Investing where he was published almost a decade ago after being recognized as one of the top authorities in the arena of Silver Investing.

-Interest in money sparked by getting paid with a “Johnson slug” (redesigned 1965 quarter) at age 11.

-JFK wrote an Executive Order that US treasury would issue the currency. Johnson rescinded the order.

-US dollar backs up failing global currencies. What happens when the US dollar fails? Every single fiat system throughout history has failed.

-We are now looking at the currency failing. What does the next monetary system look like?

-Want a hedge outside the money system and with no counter party risk. E.g. silver and gold coins.
Balance is the key – 10% is plenty.

-Do you want to invest in the gold egg or in the chicken that lays the golden egg?

-Franco-Nevada is a favorite company. Large and well diversified.

-He’s looking for gold and silver to be overvalued. Currency may be overvalued, but it can be exchanged for items of value – e.g. real estate.

-People who bought bonds at the high interest rate are sitting easy now. But the run on bonds is over. Some stuff that used to work well doesn’t anymore.

-Average person has less purchasing power now than in 1972. Millennials will have a lower living standard than their parents.

-Good times for gold and silver in the next few years. Could go to astronomical levels, but will it stay there? Doubtful.

-Gold/silver ratio – he trades by ratio. Today it’s 70, which is lower, so he’s buying silver today.

-Renting stock out to take advantage of the option market.

-The US presidency is middle management for the banking elite.

-His “Second Chance” book is the best value for investors, as compared to his newsletter.

dave morgan and investing in gold and silver, february 14, 2017

'David Morgan – Founder of The Morgan Report and Top Authority in Silver Investing – February 14, 2017' has no comments