Surviving the Shemitah: What Events Are Being Planned for This Fall? How Will You Prepare?

In mid-July, TDV founder and chief analyst Jeff Berwick made his now historical call, predicting market chaos in the fall.As it turned out, that volatility began in August with a thousand-point Dow drop. And on September 13 (the exact Shemitah end-day), the old order collapsed, with European Union technocrats savagely shutting down borders across the continent. The ramifications are immense. Only Jeff Berwick had the insight and the guts to predict what was going to occur back in July in his first Shemitah video, now closing in on two million views.

We call these destructive reverberations SHEMITAH TRENDS. No one is more qualified than Jeff to make these predictions. He’s earned his credibility, worldwide. Please read the White Paper by clicking here, “Surviving Shemitah’s Financial Chaos”, for a detailed perspective on what is likely to occur in the West and throughout the world in the fourth quarter of 2015… and how you can protect yourself. If there is ONE single action you need to take, it’s to inform yourself about the Shemitah, its disastrous trends and what you need to do in response. 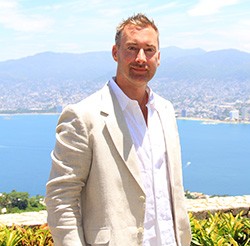 Anarcho-Capitalist. Libertarian. Freedom fighter against mankind’s two biggest enemies, the State and the Central Banks. Jeff Berwick is the founder of The Dollar Vigilante, CEO of TDV Media & Services and host of the popular video podcast, Anarchast. Jeff is a prominent speaker at many of the world’s freedom, investment and gold conferences including his own, Anarchapulco, as well as regularly in the media including CNBC, Bloomberg and Fox Business.

Jeff’s background in the financial markets dates back to his founding of Canada’s largest financial website, Stockhouse.com, in 1994. In the late ‘90s the company expanded worldwide into 8 different countries and had 250 employees and a market capitalization of $240 million USD at the peak of the “tech bubble”. To this day more than a million investors use Stockhouse.com for investment information every month.(Learn More)

'Jeff Berwick – Surviving the Shemitah: What Events Are Being Planned for This Fall? How Will You Prepare? – September 16, 2015' has no comments