Author of The Death of Corporate Reputation: How Integrity Has Been Destroyed on Wall Street


Why did the financial scandals really happen? Why are they continuing to happen? In The Death of Corporate Reputation Yale’s Jonathan Macey reveals the real, non-intuitive reason, and offers a new path forward.

Mr. Macy describes the transformation in American finance from the old reputational model where customers were treated well and Wall Street financiers often took extreme measures to maintain their reputations, to the existing laissez faire model where customers are treated as one-off “counter-parties” to whom no duties are owed and no loyalty is required. Macey argues that this change was a result of three factors:

•The increasing complexity of regulation, which made technical expertise rather than reputation the primary criterion on which customers choose who to do business with in today’s markets

•The rise of the “cult of personality” on Wall Street, which has led to a secular demise in the relevance of companies’ reputations and the concomitant rise of individual “rain-makers” reputation as the basis for premium pricing of financial services 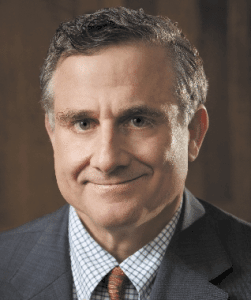 Jonathan R. Macey is Sam Harris Professor of Corporate Law, Corporate Finance, and Securities Law at Yale University and Professor in the Yale School of Management. He is a member of the Board of Directors of the Yale Law School Center for the Study of Corporate Governance, a member of the Faculty Advisory Group of Yale’s Millstein Center for Corporate Governance and Performance, and Chairman of Yale’s Advisory Committee on Investor Responsibility. He has served as an independent director of two public companies and is a member of FINRA’s Economic Advisory Council and the Bipartisan Policy Center Task Force on Capital Markets. His many books include Corporate Governance: Promises Kept, Promises Broken and Macey on Corporation Law.

jonathan macey on breaking up the big banks, may 16, 2013
https://soundcloud.com/oneradionetwork/051613_macey_jonathan

'Jonathan Macey – Author of The Death of Corporate Reputation: How Integrity Has Been Destroyed on Wall Street – May 16, 2013' has 1 comment