Prosperity & Purpose In the 2nd Half of Life

By the time you start tipping into the second half of life, you’ve paid some serious dues. If you are “average” you have:
•Worked over 56,000 hours to support yourself
•Climbed the corporate ladder or started a business – but still work over 40 hours a week
•Moved homes 6-8 times or more
•Raised 2 or more children from one or more marriages
•Seen your parents retire in a fashion you aren’t interested in duplicating
•Battled several illnesses or diseases caused predominantly by stress
•Celebrated numerous wins in life – but not enough to feel wholly fulfilled

You should feel like you’re winning but something is missing.

It’s time for a new plan. 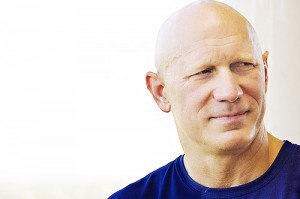 So what’s up with the “Kumu” thing? It’s pronounced koo’-moo and it is the Hawaiian word for teacher/mentor/trusted advisor. In ancient Hawaii, all Kahuna’s (tribal leaders) had a Kumu to help them make important decisions. When Steve moved to Hawaii and started explaining what he did for a living to locals – several native Hawaiians said, “Ahh – so you Kumu!” So it stuck.

From a career perspective, spanning 40 years, Steve’s had the privilege of working with aspiring Olympic athletes, start-up entrepreneurs, seasoned business leaders and an amazing array of ambitious high climbing individuals. And each has engaged him as their trusted teacher/mentor/advisor/coach and friend. More often than not they’ve proudly report lifetime best achievements including setting personal records, launching latent ambitions, or making millions while (most importantly) attaining – or retaining – new perspective on all areas of life. Along the way he has appreciatively gained deep insight on success and achievement through this work; and as well have been inspired to say “yes” insatiably to ambitious pursuits of his own.

Throughout it all Steve has learned one very important thing about himself: He has a gift to catalyze for others a new, productive mindset and lifetime best achievements and wants to share them with you!

-Coach and business consultant, Steve Dailey. helps people world wide with getting the second half of their life just the way they envision it

-Starting your own business and how to choose the best one

Are you planning to “Retire”?

steve daily, kumo steve on living extraordinary the second half of your life, april 23, 2015