The Mother of the Matrix

Mother of the Matrix as she is affectionately known, wrote her Epic The Third Eye while she was studying cinema at the University of Southern California. This ingenuous work, copyrighted since 1981, is the foundation and contains the core elements of the blockbuster films: The Terminator and The Matrix.

In 1986 Ms. Stewart answered a magazine advertisement for a science fiction script that the Wachowski brothers were sophiagoing to make into a comic book. Years later, Ms. Stewart contends, her vision hit the movie screens on March 31, 1999 in the form of Matrix. In fact the Wachowski brothers used a verbatim quote from her book to introduce the film which was later removed after an FBI investigation into the criminal copyright infringement was initiated.

When Stewart saw the Matrix, she recognized her work right away and called the legal department at Warner Brothers on April 1, 1999. According to her, they knew exactly who she was and therefore, one would assume, they knew that her work had plagerized. “They offered me money right off the bat,” she says. She had also kept a copy of the original Wachowski ad which ultimately became one of many aces in the hole. “The ad is what brings it all together,” she says. “The ad is what says I told the truth.”

We catch up with Ms. Stewart this morning to get the low down on her copyright infringement lawsuit, which creeps into some rather spooky areas. Going up against the big boys is a brave move. Sophia tells us about her new book/screenplay “Matrix 4 Evolution: Cracking the Genetic Code” which is available on her website.

The show wraps up with Ms. Stewart visions for the future and the uses of new technologies she sees being used which are all found in her book. 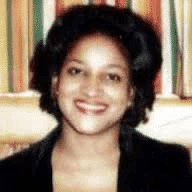 'Sophia Stewart – Taking On the Big Boys of Hollywood – The “Mother of the Matrix” Speaks Out on Copyright Infringement – August 20, 2013' has no comments