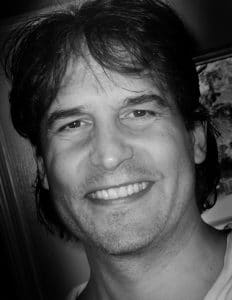 -What people really need to start watching in the market

-The importance of finding entry points

-What does “leveraging” mean?

-How does Scott determine the position size for each trade? Does he add to his positions as the direction of the market goes his way?

-What instruments does Scott trade, futures, options, ETF’s, etc? Does he trade all commodities, and also individual stocks? He says in his blog that all long term investments are still “trades”. Does he hold any positions for the long term, such as a year or more. What does he think about holding onto positions to take advantage of multi-year trends?

-Which sites does Scott recommend for online trading?

-Regarding Scott’s short and intermediate concerns with the stock market, would he recommend a large holding in strong companies be liquidated now, taking the big tax hit, to get on the sidelines until a sell-off occurs?

-Does Scott keep track of detailed records of his historical trades, so that he can understand the profit/loss patterns over time? Does this help with finding out patterns of trading behavior such as personal strengths and weaknesses?

-Scott’s blog, alerts and tips are completely free, but should you feel the need to donate something to Scott, he asks that you consider supporting his friend Tink as she journeys through a new and expensive stem cell treatment for MS. Tink also owns and manages a farm that sells grassfed beef down in Georgia.

trader scott and making it in the markets and your finances

'Trader Scott – The Art of Making Money in Markets Starts with Learning How NOT to Lose – September 26, 2016' have 19 comments